Finally! Sony’s PlayStation Vue app and service is now available on Apple TV 4. Here’e everything you need to know about it.

After being one of the most requested platforms by consumers, Sony has officially announced that the PlayStation Vue experience has been launched on the Apple TV platform. Sony has taken the opportunity to state that Vue will leverage the Apple TV’s hardware capabilities to create what will hopefully be an “innovative experience” for those using it. That innovation includes the use of the Siri Remote for easy navigation via touch, as well as a user-interface and experience that has been designed specifically with the Apple TV in mind. 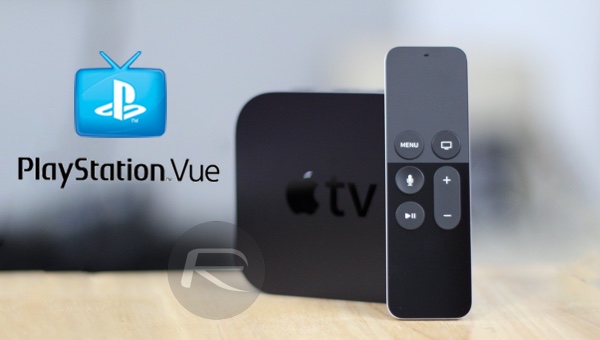 For those that may not actually already be in the know, PlayStation Vue is a service for traditional cable cord-cutters bringing popular programming to the Apple TV without having to subscribe to traditional longterm cable contracts, with the experience able to serve up content from providers like ESPN and the NFL Network, as well as content via premium subscription channels like AMC, FX, Showtime and HBO.

Sony has also been diligent enough to make sure that downloading and utilizing the software on the Apple TV doesn’t act as a barrier to use, with existing Vue account holders able to instantly link their account to an Apple TV and start using it right away.

Today we are pleased to announce PlayStation Vue’s expansion to Apple TV. As one of the most highly requested devices by our fans, the PlayStation Vue experience on Apple TV will provide viewers with a better option to watch your favorite live TV programming, with unique streaming features such as cloud DVR, simultaneous streaming, and no long-term contract commitments.

Sony alludes to the fact that consumers aren’t tied into long-term contracts when using Vue, which is undoubtedly something of importance. Those Vue plans start at $29.99 or $39.99 depending on the city of registration, with account holders able to link their account to multiple devices, including the new Apple TV.

Features include ability to watch live TV programming, as well as having access to unique and innovative streaming features such as Cloud DVR, which can facilitate the ability to record thousands of TV episodes with “no scheduling conflicts.” 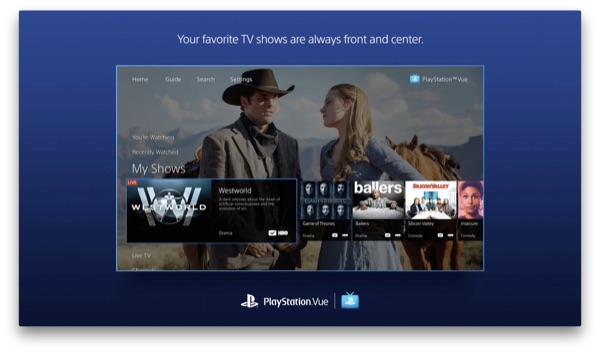 Anyone looking to get involved in the PlayStation Vue experience can visit psvue.com to see the available plans in that specific area. The PlayStation Vue app is also rolling out on the tvOS App Store for new and existing subscribers.

It’s currently not clear if Vue will integrate with Apple’s upcoming Single Sign-on and TV app that will go live for Apple TV users with tvOS 10.1 update next month. But since Sling TV does, it’s likely that Vue will integrate as well.