Sony today made available the new 4.50 release of its PS4 software, bringing a raft of new and much requested features to the game console. The update can be downloaded via the PlayStation 4 console right now.

Perhaps top of the list of changes in this version of the PS4 software is the ability to use external hard disk drives for the storage of games. Until now, the only way to get more storage for your PS4 was to buy and install a replacement HDD yourself. Now though, any USB HDD can be used so long as it is no larger than 8TB in size and is USB 3.0 compliant. 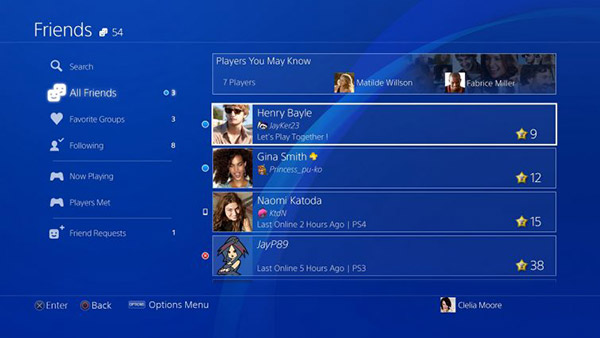 Games, media and apps can all be installed on the external drive and accessed as if it were local. That alone would make for a successful update, but there’s more!

Interface-wise, the notifications area of the PS4 interface has received a bit of a spruce-up, as has the Quick Menu. Those who like to make their PS4 look just the way they want will also be pleased to learn that they can now add any in-game screenshot as their wallpaper.

Boost Mode is also part of this update for those who own a PS4 Pro. With Boost Mode enabled, some games that were not designed with the PS4 Pro in mind will now receive a speed boost regardless. You won’t get 4K video out of a 1080p game, but you may get faster load times and smoother playback.

This can provide a noticeable frame rate boost to some games with variable frame rates, and can provide frame rate stability for games that are programmed to run at 30 Hz or 60 Hz. Depending on the game, the increased CPU speed may also result in shorter load times. 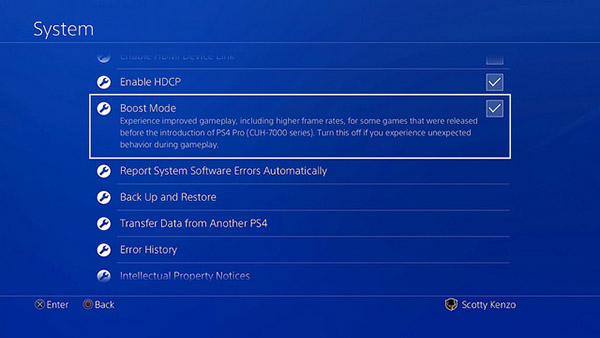 Sony has also improved the appearance of 2D images when viewing via PS VR as part of this update, and enabled voice chat for Remote Play. There are a host of changes relating to the platform’s mobile apps as well, including an icon that will denote when a player is signed into PSN but is doing so via a mobile app rather than their console. 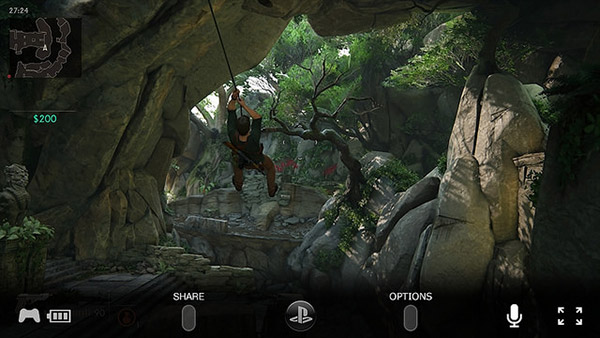 The new PS4 software version 4.50 can be downloaded from the PSN now, and we wholeheartedly suggest you do exactly that without delay!