Valve’s SteamOS gaming PC operating system may not be ready just yet, but that doesn’t mean that bespoke computer makers around the globe aren’t working on hardware that will be ready to run it when it finally does see a release. British computer builder Piixl is just one of those companies, and it has announced its own entry into the Steam Machine market.

Called the ‘Jetpack’ for reasons that will soon become clear, the machine will run Windows, Linux or indeed Steam’s own SteamOS when it is available. Unlike some Steam Machines though, the Jetpack will also be compatible with any 3rd party graphics card – something other competing machines will likely not be able to boast. 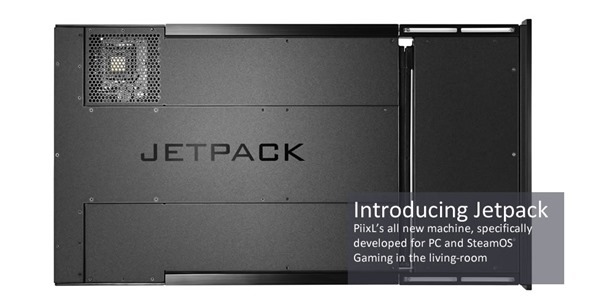 The internals aren’t what makes the Jetpack so interesting though, but rather the case that the machine comes in and importantly, the reason for that name.

Featuring an expandable chassis, the Jetpack can be mounted directly to the back of a television screen, on a wall, or under a table should the desire be there. Thanks to its standard VESA mount specifications, the Jetpack can be attached to any compatible television that is between 32-inches and 70-inches across the diagonal. Chances are that it will cover most people, then. 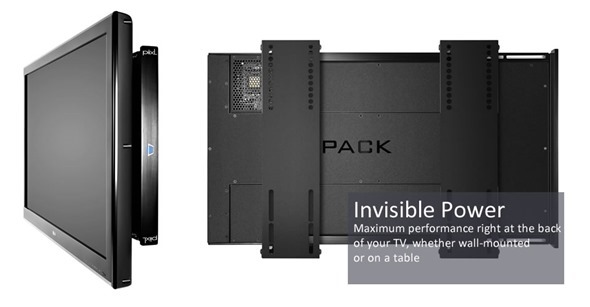 Piixl says that its Jetpack computer will be available starting next month and will come in a range of configurations depending on requirements and budget. Piixl says that it has been in touch with Valve and seeks to make its hardware as deeply optimized for SteamOS as possible. SteamOS promises to offer gaming features such as game sharing and game streaming while media activities should also be taken care of via online streaming. 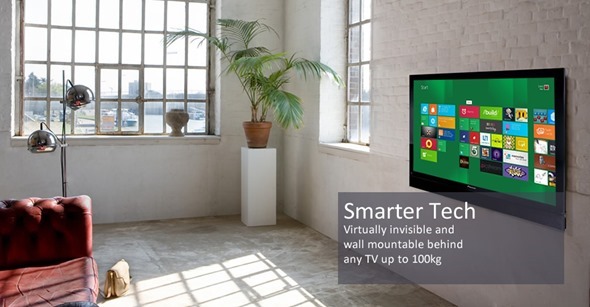 Piixl isn’t the first company to announce machines built around the upcoming SteamOS, but with its unique form factor it is possibly one of the more interesting solutions set to be available at launch. If you want a computer that just disappears, especially for use in the living room, then Piixl has your back. 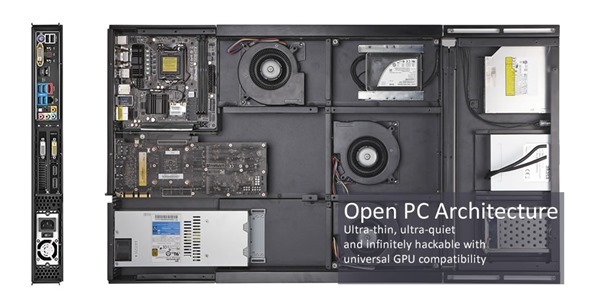 We’re certain that the whole gaming scenario will take an odd shape when time passes by, and the Jetpack is the first gaming machine that delivers on that form factor.