Photos Of Samsung’s Battle-Ready Galaxy S7 Active Leaked, Here’s What It Looks Like

The as-yet unannounced Samsung Galaxy S7 Active has been outed, with photos leaking that appear to show the new, rugged phone in all its glory.

Coming after rumors of its existence had already started to swirl with increasing vigour, the Galaxy S7 Active appears to follow in the footsteps of the Galaxy S6 Active by being based on the current year’s flagship model but with some ruggedization going on. That ruggedization appears to include a camouflage print on the device’s back, at least in the model photographed. 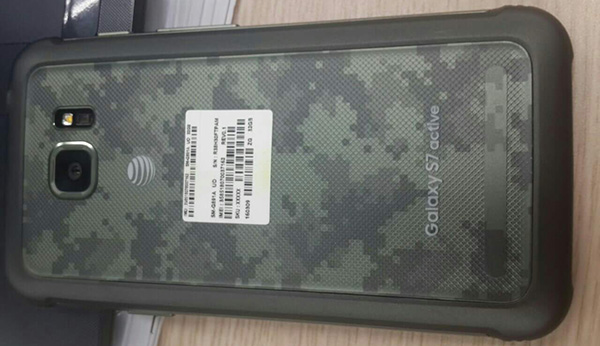 While based on the Galaxy S7, the Active model does see some changes. Altogether more bulky than the Galaxy S7 from which it takes its cues, the Galaxy S7 Active, as photographed here, features two physical buttons that replace the capacitive ones on the front of the Galaxy S7. It appears that Samsung has left the fingerprint sensor-laden home button unchanged, which makes sense.

The two individual volume up and down buttons have been replaced by a sturdy rocker switch on the left of the device, with the SIM and microSD card tray vacating its usual spot and moving to the right side. 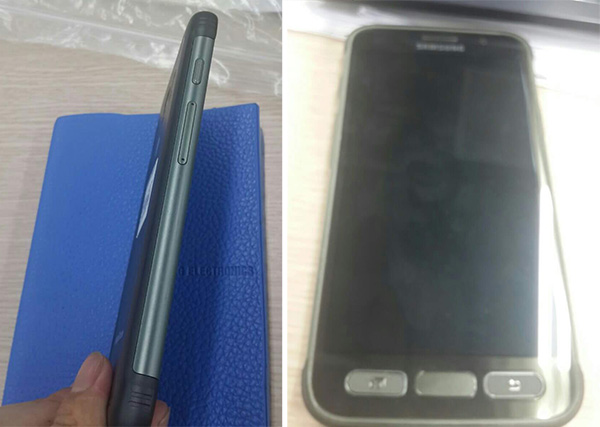 Larger and presumably heavier than the Galaxy S7, the Active also features the now-familiar Active button that can be used to launch Samsung’s Active Zone app, that button taking its place on a body that unfortunately has to lose the metal and glass construction that makes the Galaxy S7 so lovely to look at. Still, the Active will likely feature all kinds of ratings that show it is capable of withstanding various levels of drowning and attack from dust, sand, etc. You can’t say that about the stock Galaxy S7, that’s for sure. 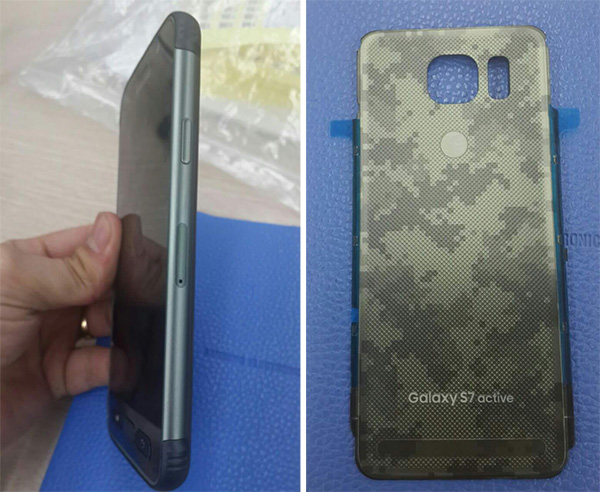 Possible release dates and prices are currently unknown for this device, as is what will go inside it. What we do know is that AT&T will be a partner, just as it was for last year’s model. The photos also show an AT&T logo, confirming our suspicions.