You may or may not remember, but Apple’s Eddy Cue promised the world that a new version of iTunes would ship with OS X 10.11.4. But as we now know, that iTunes update never actually materialized, with version 12.4 of iTunes being pushed back to allow the development teams further time for continuing working on the update. Now, a new source has provided some additional insight into iTunes 12.4, including the sharing of some screenshots that show the changes that will be present when the latest version is made public.

One of the first notable changes is the redesign of the media picker that is used to choose between Music, TV Shows, Movies, and any other content that is accessible within iTunes. Current versions of iTunes uses static navigation buttons to enable the user to switch between these sections. 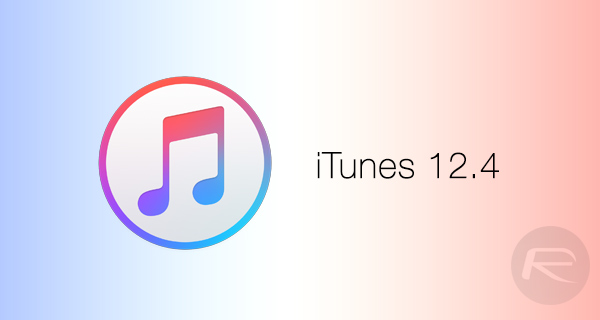 The redesigned version of the platform will ship with a drop-down menu that makes selection extremely easy, but also allows the selections to be cast out of view when not needed. Apple will also utilize the forward and back buttons to navigate between various sections.

As part of the desire to make navigation easier, and to make content more accessible, the iTunes team will also be adding a persistent sidebar on the left side of the application. The goal here is to give users quick access to different parts of an iTunes Library, such as instantly getting to a favorite song or saved greatest hits album. Users will also be able to manually edit the content that is shown in that sidebar to perfectly tailor the experience to their own tastes and usage requirements. 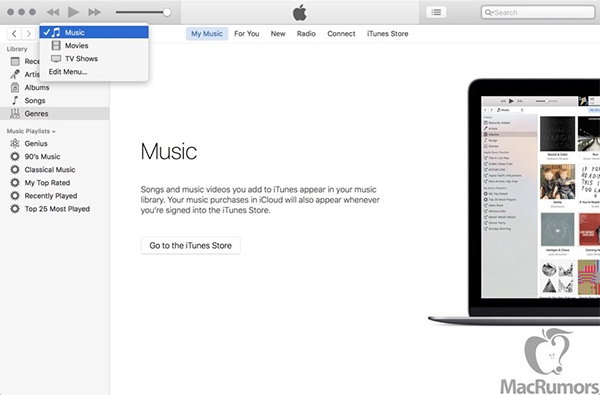 Apple is also looking to dramatically simplify the Menus within iTunes, with users being able to customize the available content in the Library with the redesigned View menu.

Lastly, the Mini Player will also be changed up a bit with the introduction of the Up Next song feature next to the player on the right side making it more apparent and easier to access than before.

It isn’t exactly going to blow any minds, but these small tweaks, including a slight visual change to how the Mini Player looks, are all designed to try and bring a combined improvement to the overall iTunes user-experience. Users of iTunes on Mac and Windows have never been exactly shy in expressing their concerns about how much content and functionality has essentially been shoehorned into the iTunes platform. This isn’t a huge step by Apple, but rather a few mini jumps on the route to trying to make iTunes a nicer place to be.