Samsung has finally taken the wraps off the Galaxy S7 and Galaxy S7 Edge flagship devices that it will be hoping are capable of taking the fight to not only the likes of HTC and LG, but also Apple when the iPhone 7 is released towards the end of this year.

The new devices, which were announced at the Unpacked 2016 event in Barcelona, are both upgraded versions of last year’s Galaxy S6 and Galaxy S6 Edge and still feature the premium glass and metal construction that made those devices popular amongst those looking for an Android smartphone with a little more class than most. 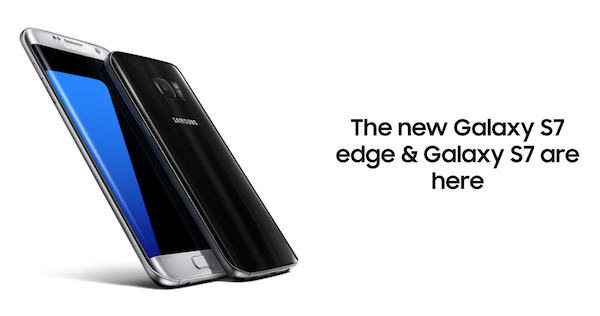 Unfortunately that wasn’t quite enough for Samsung to sweep the market last year, but some steps have been taken to rectify that situation this time around.

Chief amongst those steps is the inclusion of a microSD card, with the two phones able to take advantage of cards up to 200GB in size, giving those with such mobile storage needs the ability to fit more data on their smartphones than the vast majority of notebook computers. The new devices also sport IP68 certification, meaning neither water nor dust should should be a problem no matter which of the two you opt for. 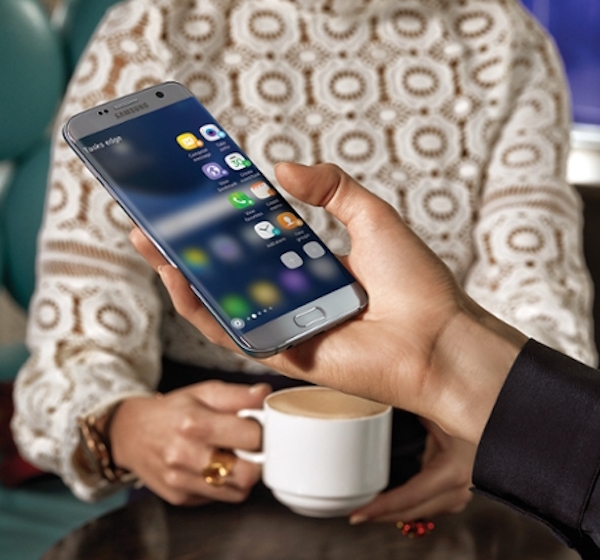 Making that decision is slightly easier than last year too, because while both the Galaxy S6 and Galaxy S6 Edge were essentially the same device but with different screen types, the difference this time around extends to the size of that screen, with the Galaxy S7 featuring a 5.1-inch Super AMOLED display and the curvier Galaxy S7 Edge packing a 5.5-inch glass panel up front. Both feature the same 2560 x 1440 resolution, and always-on display tech. 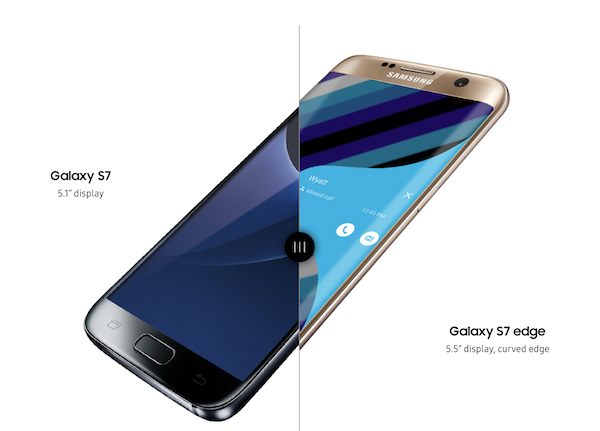 Around the back there is a “Dual-Pixel” 12-megapixel camera with F1.7 instead of 16MP with F1.9 found in last year’s Galaxy S6 and S6 Edge. There’s also the usual OIS and 4K recording support along with Apple’s Live Photos-like feature called Motion Panorama and Motion Photo. On the front, there’s a 5MP with F1.7 camera for taking selfies.

Depending on where you are located you will get one of two variants of Galaxy S7, with the US, Japan and China getting the 2.15GHz quad-core, Snapdragon 820-powered CPU. Those elsewhere will get the 2.3GHz octa-core Exynos 8890 chip. There will be 32GB and 64GB versions when it comes to storage capacity, but again you can expand this with microSD card. Both phones feature 4GB of RAM.

What appears to be missing though is the rumored Apple’s 3D Touch-like pressure sensitive display. Also, Samsung for some reason has gone with micro-USB for charging instead of USB Type-C.

Here are the full specs of both S7 and S7 Edge. 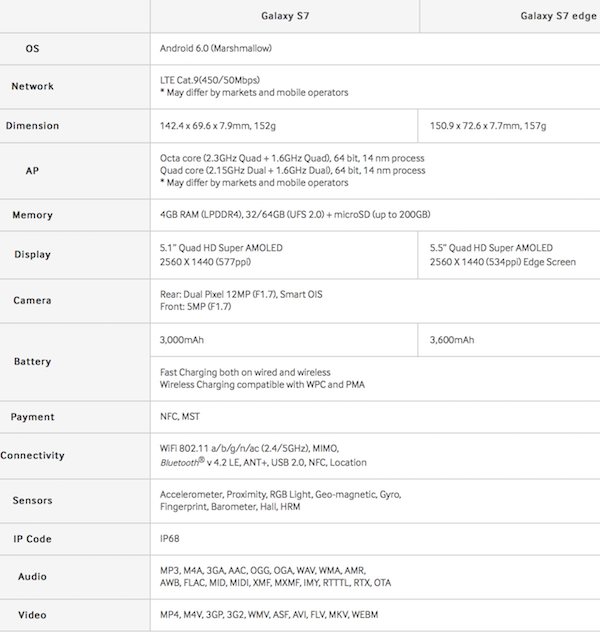 Samsung has also announced a ton of accessories for both S7 and S7 Edge, with Samsung Lens Cover accessory getting most of the attention. One of the more interesting first-party accessories we’ve seen in a while, the Lens Cover allows for professional level zooming capabilities on S7 and S7 Edge.

Both the Galaxy S7 and Galaxy S7 Edge will be available in Black Onyx, Gold Platinum, Silver Titanium and White Pearl colors when they hit stores on March 11th with pre-orders getting underway on February 23rd. Samsung has also announced that every pre-order of S7 and S7 Edge in Asia, Europe, North America and South America will get $99-worth Gear VR headset for free.