Apple has been rumored to have some refreshed iPads up its sleeve for a number of weeks now, and as we edge ever closer to the window in which a release is likely, if it is to happen at all, more leaks are starting to appear.

The latest comes in the form of two iPad cases that appear to be for a refreshed 12.9-inch iPad Pro and a brand new 10.5-inch version, too. That version is of particular interest because, much like the iPhone 8, this new tablet is expected to offer a larger screen but in a chassis much the same size as the devices that came before it. 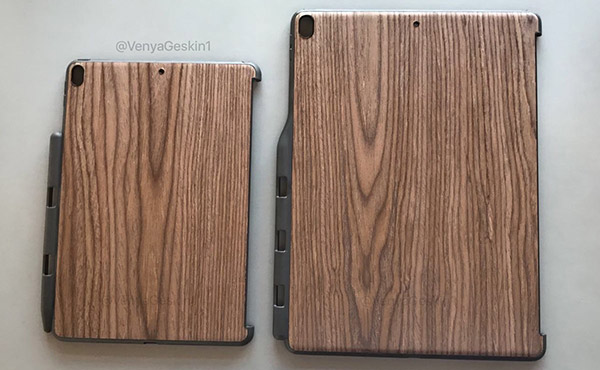 Benjamin Geskin shared the new images on Twitter, with both cases being identical apart from size. Cutouts for a Lightning port, speakers, the microphone, and camera can all be seen in the images and although impossible to confirm at this point, everything does look to be in place.

The cutouts for four speakers suggest that the new 10.5-inch model will feature the same speaker configuration as the 12.9-inch iPad Pro that is currently available to buy.

The two cases are made of wood and feature a place in which the Apple Pencil can be stored. This alone is a big feature for us and is something we still feel Apple should offer as standard as part of its own cases. Ideally, we’d like a recess within the iPad Pro itself, but at this point, it is clear that is not something that will happen any time soon. 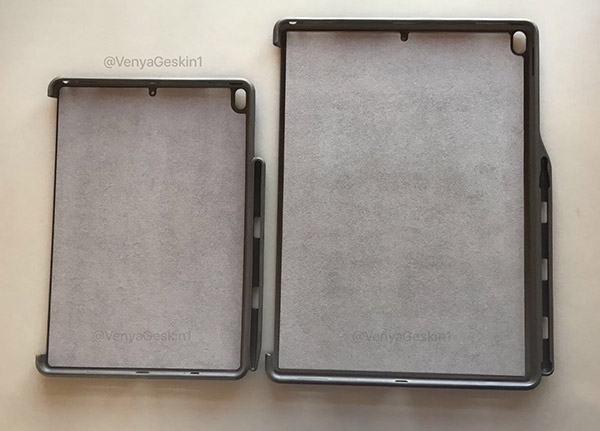 Production for the new iPad Pros is said to have already amped up, possibly suggesting an announcement as soon as WWDC, which kicks off in less than two weeks. Hardware has been announced during the event before, although it is far from the norm. We’ll find out soon, but until then, we would not be surprised if more information is leaked ahead of time.