As was rumored last week, Peloton has today announced a new bike – dubbed Bike+. Most importantly it also supports Apple’s GymKit, making it work seamlessly with Apple Watches that are already in the wild.

The new bike is more than a bike, though. Peloton says that it’s designed to help people do other kinds of exercises and workouts, not just cycling. That’s thanks to the rotatable 23.8-inch HD touchscreen that can be moved to wherever best suits a particular use case. 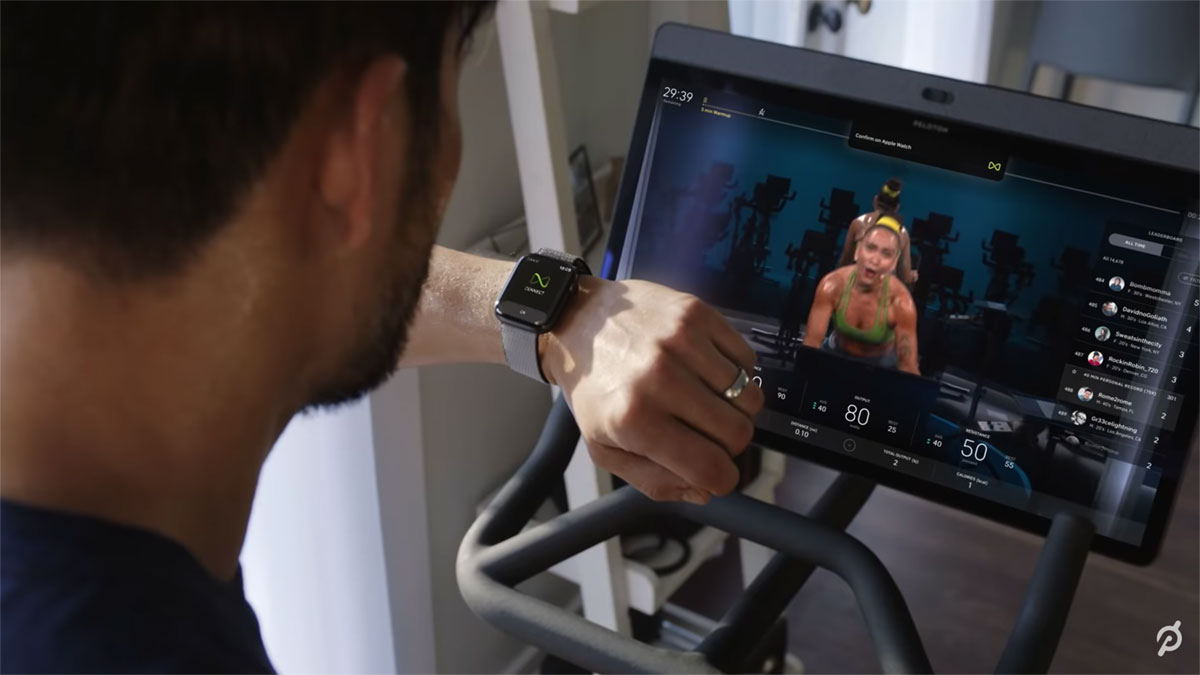 The Peloton Bike+ is the bike our Members helped build, designed to make it even easier to complement an indoor cycling class with Peloton’s strength, yoga, stretching and meditation classes, all streaming right on the Bike+. We’ve incorporated some of the most-requested hardware and software features Members told us they’d love to see, including a 23.8” rotating HD touchscreen which rotates 180 degrees left and right for easy viewing when you’re off the Bike. Other new features include a high-fidelity four-speaker sound system so instructor cues and killer playlists come through loud and clear; a one-tap integration with Apple Gymkit™ so you can pair your Apple Watch® with the Bike+ to keep your metrics in sync; and the Auto-Follow digital resistance system that automatically remembers your Target Metrics and scales your resistance up and down based on instructor guidance, allowing you to fully lose yourself in the class.

This doesn’t replace the first bike, however. That now sells for $1895, but the new Bike+ will sell for $2495 and it isn’t available yet. Youll be able to order on September 9 with a 30-day trial available.

Anyone with an existing bike can trade theirs in, although that offer is only available in the United States. You’ll get $700 off the price of a Bike+, too.