OS X Mavericks 10.9.3 With Support For 4K Displays Can Release Any Day Now

Hot on the heels of Apple’s latest OS X Mavericks seed to registered developers, it is being reported that Apple is close to releasing OS X Mavericks 10.9.3 to the public. Tuesday’s 13D55 beta seed that landed in the inboxes of interested parties marked the continuation of OS X and gave developers a chance to test and give feedback on the latest features and improvements to be added. The latest reports are suggesting that Apple is happy with the progression of the test firmware and will be in a position to publicly release the update very soon.

The public availability of the developer restricted software will mark the third point release in Mavericks’ history. The current-generation Mac OS was initially launched to much praise back in October 2013, with Apple showing great willingness to improve on the solid base that the software initially provided. The signs that the software is almost ready for the public primetime stems from the fact that Apple has wasted no time in following up Tuesday’s 10.9.3 developer seed by releasing a newer internal build to employees, with build number 13D57. 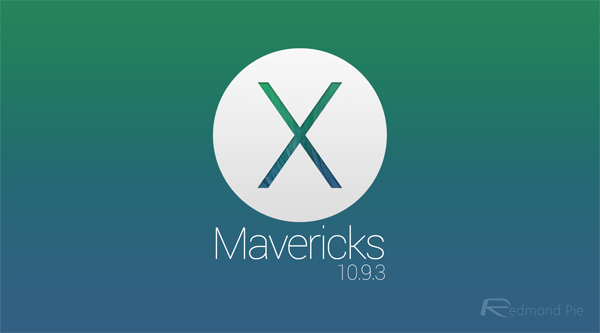 Historically speaking, the increase in release frequency tends to indicate that Apple has whittled down any known bugs and is generally happy with the stability and function of the software. The latest build that has been provided to internal Apple employees for test also comes equipped with a set of release notes that has also been an indication in the past that a public release is imminent. The accompanying release notes also gives us a chance to see the official change-log:

The OS X Mavericks 10.9.3 Update is recommended for all OS X Mavericks users. It improves the stability, compatibility, and security of your Mac.This update:

A new version of the Safari Web browser.,USB contacts and calendar synchronization as well as a vastly improved system for supporting connected 4K displays; Mac OS X 10.9.3 will be with us all soon, and it looks like it’ll be a great update for Mavericks users.