They say that imitation is the highest form of flattery, so, if that’s actually the case, then Apple CEO Tim Cook should be drafting a thank you letter to the OnePlus UI/UX engineers for their latest compliment to the Cupertino-based company.

Whenever you have multiple big hitters within one industry all trying to create leading smartphones which appeal to the mass market you are always going to get cross-pollination in terms of how devices look and how the underlying software functions. 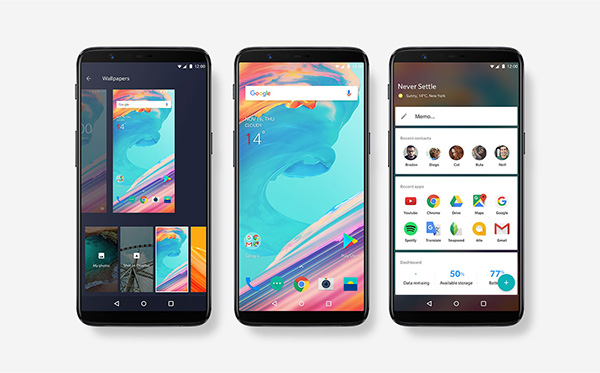 And, let’s be honest here, all smartphones are comprised of largely the same components and structure, which means it’s very difficult for each company to continuously build new devices which are unique and entirely innovative in design. However, with the latest OnePlus 5T Android Oreo beta based OxygenOS build, the company could have at least tried to hide the fact that it’s mimicking iPhone X’s gestures for navigation.

Once installed, that build instantly gives OnePlus 5T owners the opportunity to disable the navigation bar that sits along the bottom of the Android interface at a system level. Once disabled, it brings into play a new set of gestures, which, in all honesty, function very much like Apple’s new system in iOS which were introduced with iPhone X to solve problems arisen by the disappearance of the physical Home button.

These gestures include the ability to swipe up to unlock the device, swipe and hold to enter a multitasking environment and to even swipe from the left or right of the screen to switch between apps or to go back in the navigational structure. For anyone who has used Apple’s iPhone X, this all feels oddly familiar.

The introduction of this type of interaction on OnePlus 5T via a custom Android Oreo build suggests that the company feels that Apple has gotten it just right where iPhone X and interactions are concerned.

Don’t be surprised to see many Android manufacturers copying this feature of iOS in their 2018 phones.