With iOS 8, Apple, for the first time, allowed third-party keyboards on its platform that worked system-wide, not just within specific apps. In the new days of this freedom, we saw almost all major players from the Android ecosystem pop up on the iTunes App Store as well, and then (naturally) the trend dwindled down. Today, however, we see somewhat of a revival, with Disney releasing its ‘Disney Gif’ custom keyboard for iPhone and iPad, which allows sharing of Disney and Pixar themed GIFs directly from the keyboard into the app of your choice.

The keyboard, which is available as a universal, free app for iOS 8 and above, comes with well over 200 GIFs from the get go, including scenes from the likes of Frozen, Lion King, Toy Story, Aladdin, Tangled etc., and some of Pixar’s famous titles, including the most recent Inside Out. Disney says support for more GIFs from an even larger collection with be added periodically, so we can expect a good number of updates for this keyboard app. 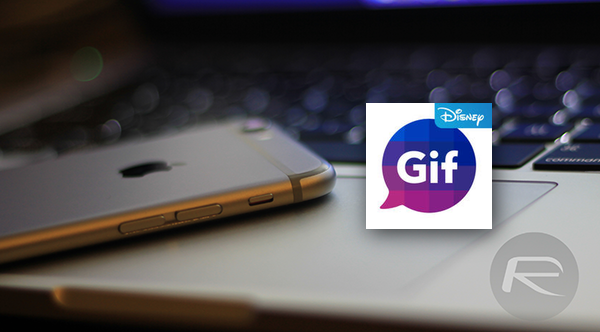 Whatever your emotion or reaction, we have a Disney, Pixar, or Star Wars gif for that!

You can use the GIF keyboard in any app across iOS that supports copying and pasting images, so that’s got you covered in iMessage, SMS, social networking, chatting apps, email, and pretty much everything else. After all, there are hardly any platforms left that support just text-based characters. 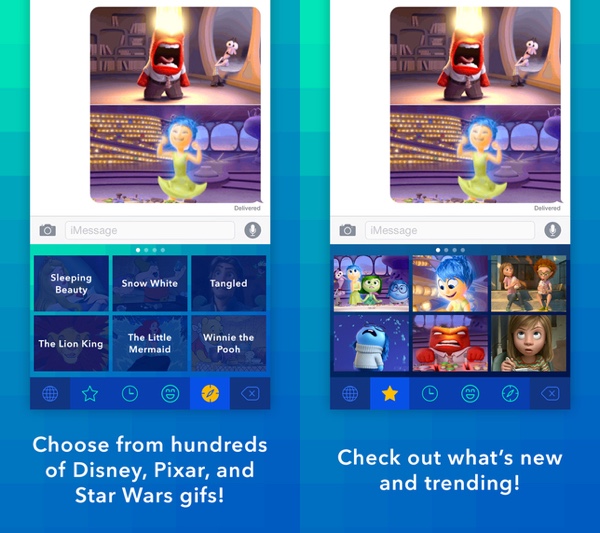 The Disney Gif keyboard carries a concept that’s nothing new in itself. There are several such GIF keyboards out there already that allow you to find either images or even GIFs from a variety of sources across the Web. However, this is a first that comes from an official source like Disney, and that alone gives it reason enough to be reliable and robust. Also, since it’s an official source, all the GIFs provided are free of any potential copyright issues as well, which is another plus. 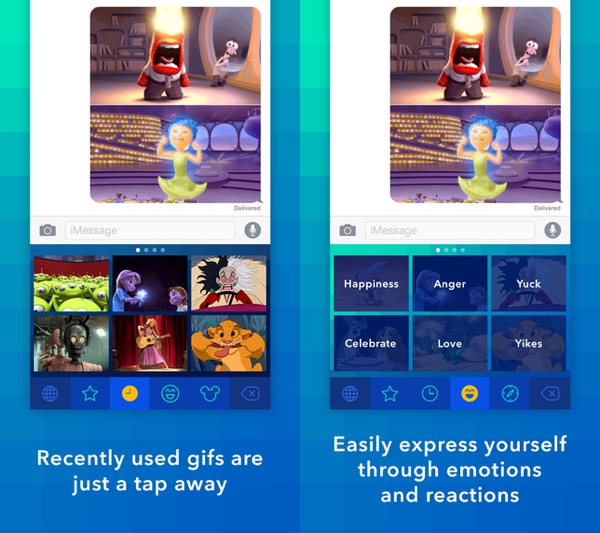 Images, memes and GIFs are a great way of saying more than what words would serve you for. Disney says the app lets you visually express yourself, and we find no reason to disagree.

(Download: Disney Gif for iOS on the App Store)