New In iOS 9: ‘Save As PDF’ Lets You Turn Any Content Type To PDF Format

When iOS 9 is finally released to the public this fall, it will come with the ability to save almost any type of content as a unique PDF file. Any iOS developer who has ever worked on a third-party app that has a requirement to render any kind of complex content to PDF will understand how difficult it can be. The PDF file format can be unbelievably difficult and cumbersome to work with, which is why this latest feature discovered in iOS 9 is even more incredible than it initially looks.

The introduction of iOS 9 during Apple’s WWDC keynote earlier this month brought with it so many impressive new features and improvements that it was relatively easy to initially overlook this addition. Such is the development of the platform that there was simply no way Tim Cook and his team could talk in depth about every single new aspect of the software, so it goes without saying that users will be left to discover certain little additions in their own time.

The introduction of the “Save PDF to iBooks” functionality seems to exist within iOS’s native Share Sheet functionality that presents a nicely styled popover, or action sheet, allowing users to share content to various networks and social platforms. The native Share Sheet also allows for content to be copied to the clipboard and sent to a wireless printer on the network. The addition of the “Save PDF to iBooks” does pretty much exactly what it purports, by rendering the content to PDF and saving it directly to the device’s iBooks library to be viewed via the iBooks app. 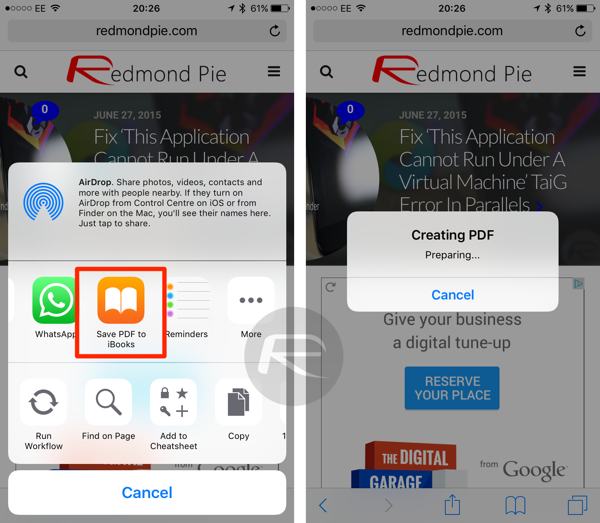 This particular functionality is akin to the “Print/Save to PDF” option that has been a part of OS X for quite some time. Of course, bringing it to iOS and including it as part of the Share Sheet setup will likely mean that developers will be able to bundle this into any third-party app using the UIActivityViewController classes that Apple offers as part of the iOS SDK. 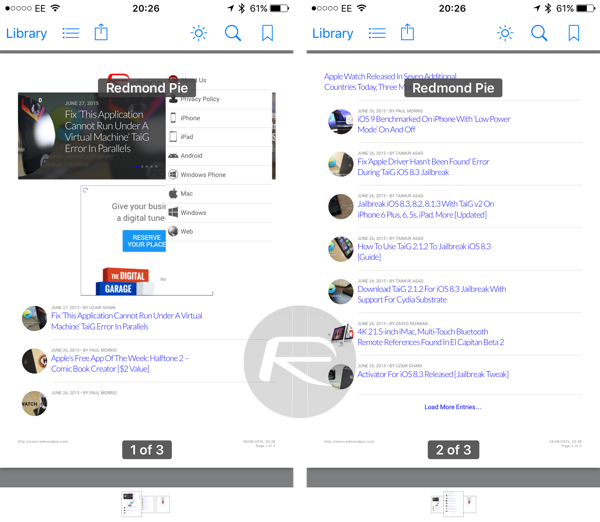 It remains to be seen if this addition will act as a stepping stone to more powerful and complex PDF capabilities within iOS, but for now, it’s definitely a welcome addition.