Apple has registered no fewer than ten new devices with the Eurasian Economic Commission (EEC) database. The discovery was first made by MySmartPrice and shared online.

The new products appear to be nine new, unannounced iPhones as well as a single Mac.

The fact that the iPhones are listed as running iOS 13 shouldn’t be a concern, though. We’ve seen unannounced iPhones appear in this same database before, all running software that was already available. The entries were then later updated to reflect the newer version of iOS that they shipped with.

Alongside the new iPhones, a Mac running macOS Catalina is also listed. Carrying model identifier A2330, this machine is likely to be the redesigned iMac that was mentioned yesterday by leaker Sonny Dickson. 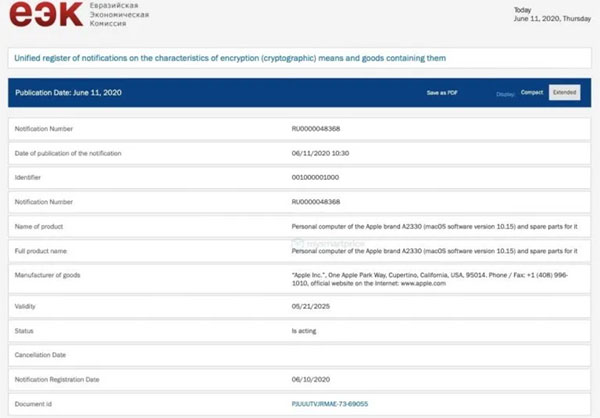 Again, we’ve seen Macs pop up in this database before, although with a much shorter lead time than iPhones. Apple notebooks often pop up a week or two before they are announced, for example. 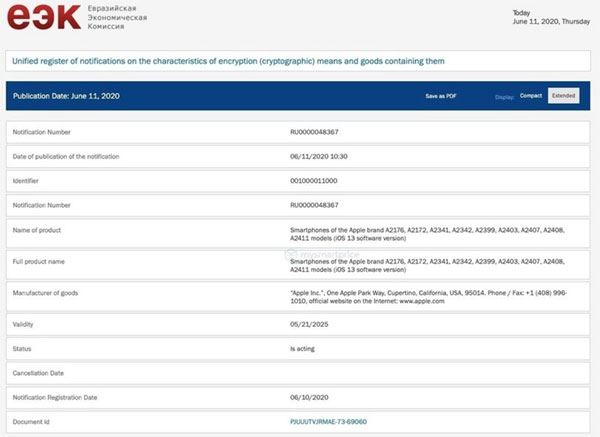 With that in mind and WWDC 2020 set to kick off on June 22, it’s a fairly good bet that we’ll see the new Mac announced during that event.