You would have to have been hiding somewhere dark to have missed the fact that CES is currently underway in Las Vegas, and just as is the case every year, there are some weird and wonderful things coming out of the show. Two of the biggest names in automated lighting, Philips Hue and Nanoleaf, have been busy announcing their latest wares and both continue to up their game.

Staring out with the folks at Nanoleaf, who have announced another new shape for their ever-growing collection of light panels. The new panels are touch-enabled, which is pretty awesome, and the panels themselves are hexagonal. Just as you might expect, everything is HomeKit-safe, and while we don’t know how much anything will cost yet, we do know that they will be available in Q4, which is still a long way away. 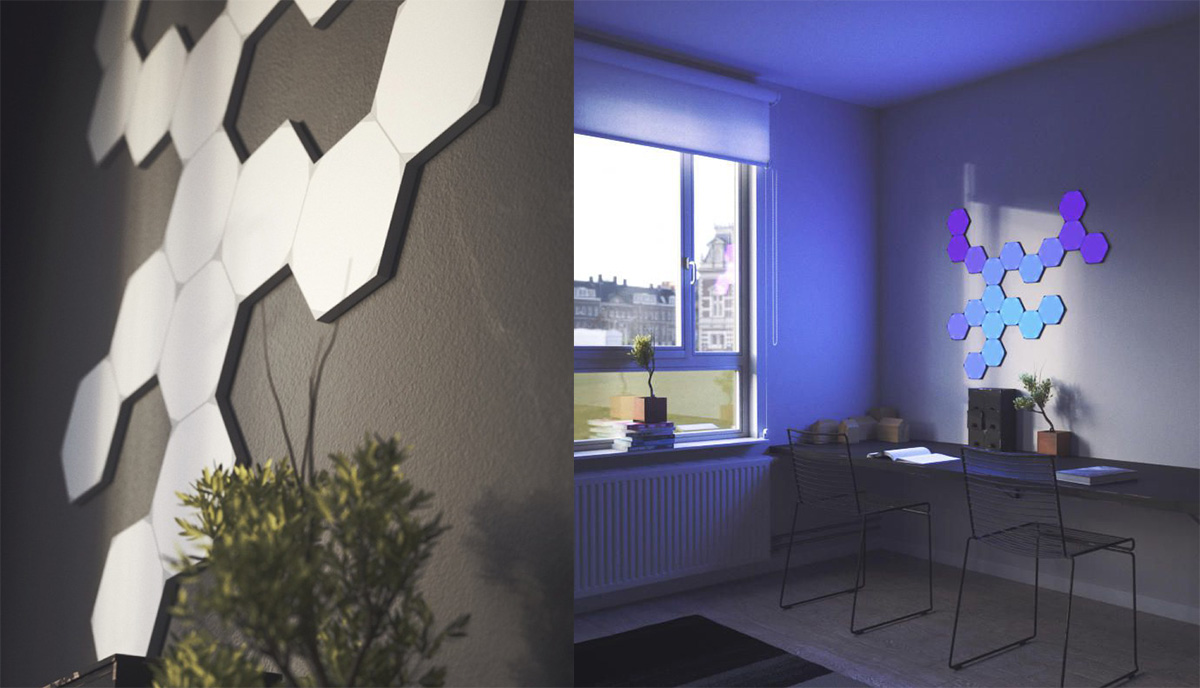 While we don’t know when the panels will be available, Nanoleaf did also announce a Canvas mounting grid for use in commercial installations. The idea is that the new mounts make it easier to snap light squares into place for use in public spaces, making them less prone to tampering. They’re expected to arrive a little sooner, in Q3.

Philips Hue has increased its array of outdoor lighting with the announcement of a new Philips Hue Outdoor sensor as well as multiple new fixtures. The sensor is wireless and battery powered, and seeing as it’s deigned to live outside, it’s also been made weather-resistant, too.

That means that it can be placed just about anywhere, and it connects to your existing Hue setup. With a range of around 12 meters, and a dusk-to-dawn sensor to make sure lights aren’t on during the day, the new sensor goes on sale in February for $49.95. 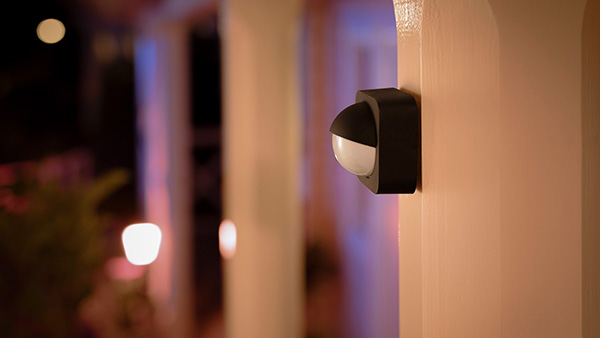 To go along with the new sensor, Philips Hue also announced the Welcome Flood Light, Discover Flood Light, and Econic family. All of them are wall-mounted lights that will become available in February with pricing of $109.99, $139.99, and $129.99 respectively. 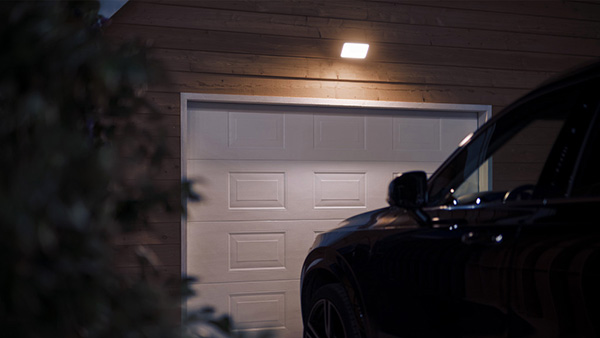 That’s not all; the Philips Hue line will also be gaining a bunch of useful new sleep and wake features for Google Assistant users, including one-time alarm sync, scheduled sleep and wake, “direct action” to sleep or wake lights immediately, and multi-person activation, which will allow the Google Home app to set a sleep/wake routine for multiple rooms.