Leaker Jon Prosser today released a new YouTube video showing what he believes to be the next generation of MacBook Air.

Prosser says that he has seen photos of a disassembled MacBook Air and has had new renders created based on the parts he has seen. He believes the renders are accurate, meaning we’re now looking at what could be the next MacBook Air.

If that is indeed the case, it seems Apple is doing away with the wedge shape that has been so famous for ten years. Apple’s MacBook Air has always had a taper, with the trackpad edge of the machine almost on a knife-edge.

That appears to be changing here, with the whole MacBook Air seemingly impossibly thin. The feet on the bottom of the device have also been rejigged, with four feet replaced with two anti-slip strips instead.

Another notable change is the new white keyboard, complete with larger-than-normal function keys. The change in function keys means the whole keyboard has to move down slightly, making the large trackpad slightly more short than before. 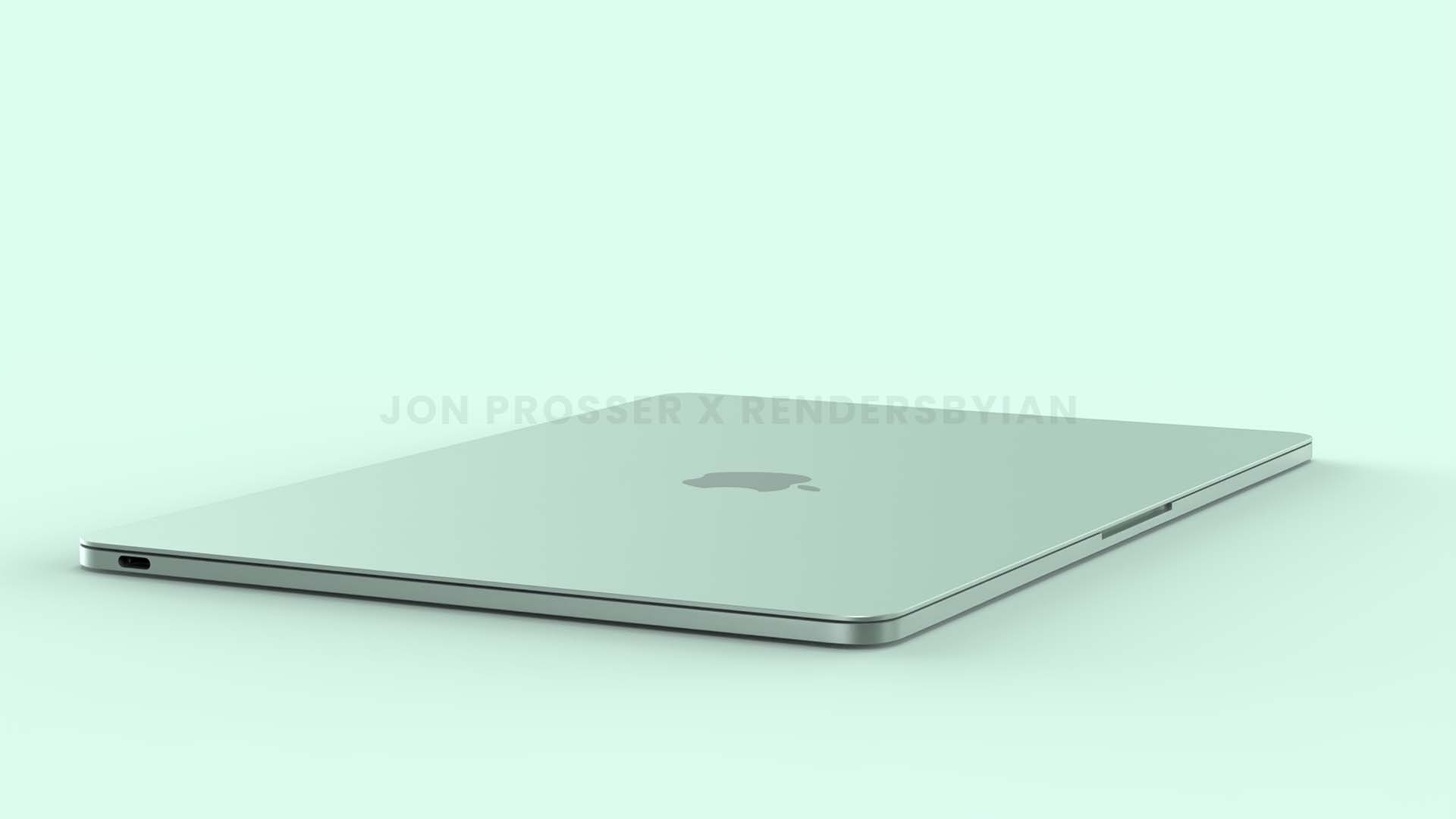 Prosser has reportedly been told that the new MacBook Air will be available in the same colors as the metal stands holding up the new 24-inch MacBook Air. Renders show multiple colors with a rather fetching green our favorite. 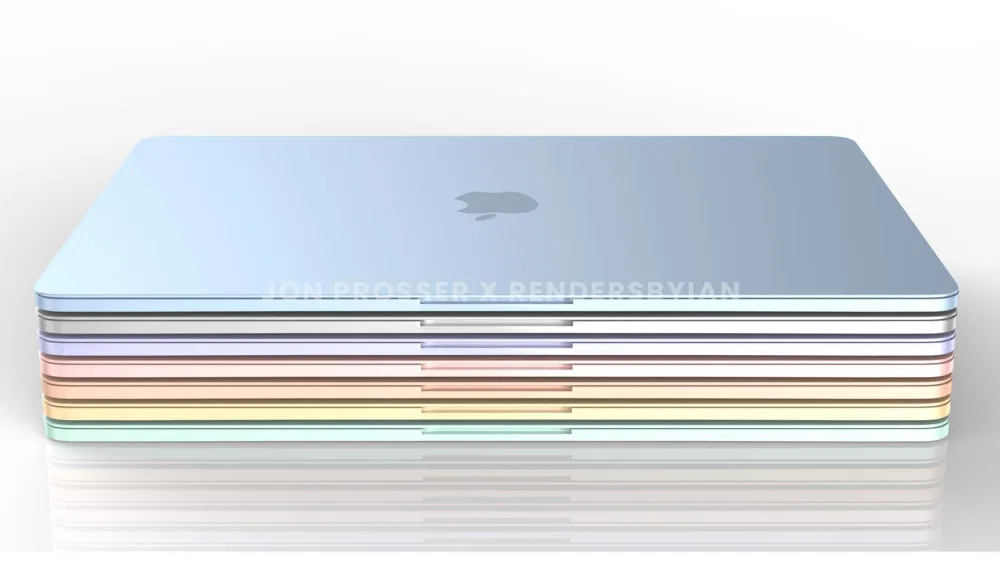 Prosser also believes that we won’t see this new machine until late-2021 at the earliest, so don’t expect to be buying one any time soon.