There has been a ton of talk about the iPad and the state of its multitasking systems of late. With the original iPad now having turned ten years old, many are wondering why we still don’t have a multitasking method that makes sense. And this concept shows how it should be done.

In its current form, the iPad does offer multitasking in a couple of ways. Two apps can run side-by-side with a third floating over the top of them. It works well assuming you know how to use it, but it isn’t clear, making discoverability a real problem. And in some ways, it’s downright strange. But this concept goes some way to fixing all of that. 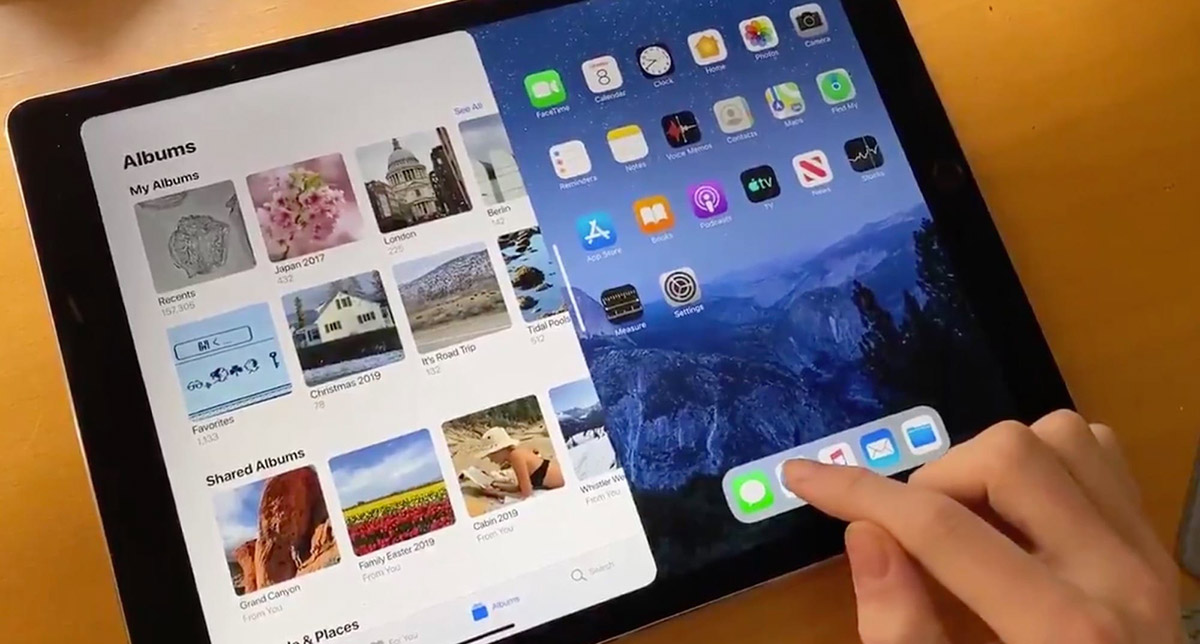 Image via Cult of Mac

Created by a design student, the concept was captured in video and shown off via Twitter, and it has some good ideas. First of all, it allows one app to run while filling half the screen, leaving a smaller version of the SpringBoard running on the other half. That makes it easier than ever to launch a second app, or you can just stretch the existing app’s window to make it full-screen.

The real benefit of the concept is being able to always access the Home screen while an app is running, something Apple doesn’t currently allow. But there are issues with the concept, too. In its current state, it uses a swipe from the left or right edge of the screen, which would interfere with Slide Over and the iOS “Back” gesture. But it’s certainly a start.

Unfortunately, the account that posted the video in question has since been deleted for reasons unknown, so we can’t share the video here. We’re left to hope that someone at Apple saw it before it was taken down.