The argument about whether iPads should run macOS have been around longer than the iPad itself, but that doesn’t mean that we have a proper answer just yet.

Now, a new patent appears to suggest that Apple is also unsure, with the potential that an iPad could switch to a windowed interface when connected to a keyboard and trackpad. That interface would be similar to macOS running on a portable Mac, for example.

The patent, which was first spotted by Patently Apple, covers a variety of ideas but does show some sort of iPad-like device running what looks to be macOS — complete with a menu bar and Finder windows.

We’ve also recently seen patents that point to Apple pondering a new form factor for its devices. An iPad that can be docked to become a traditional MacBook device is clearly something Apple has considered and it’s possible that this latest patent is an extension of that. Such a device would likely run iOS when in tablet mode and macOS, or something similar, when docked.

Apple already offers keyboard and trackpad attachments for iPads but they don’t change the interface that is being used. This new patent appears to sugged that could change in the future. 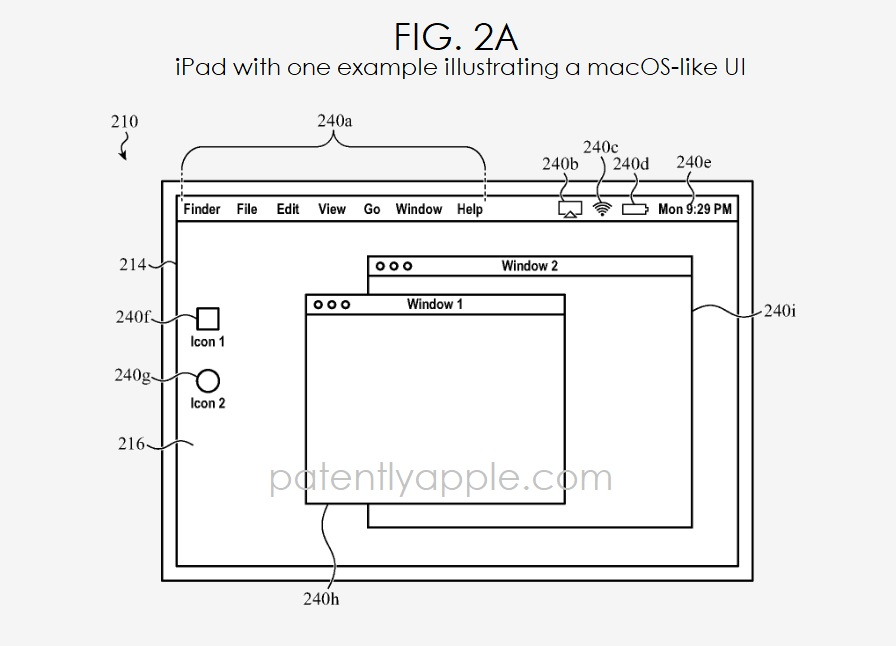 However, it’s important to remember that Apple patents anything and everything it thinks could be useful and not all patents turn into shipping products.