Microsoft Is Bringing Windows To The Browser With Windows 365

Microsoft has announced that it is bringing Windows to the web browser with Windows 365, a cloud PC offering that will allow people to stream Windows 10 and Windows 11 to their own computer, regardless of what it actually is. And yes, that means you can run Windows on a Mac and, if you really must, an iPad.

Windows 365 will only be available to businesses when it launches on August 2nd, so don’t expect to be using it to play the latest games via Steam just yet. That doesn’t mean it won’t happen eventually, however.

Microsoft also isn’t saying how much the Windows 365 monthly subscription will cost, either. That could mean that it’s going to be a costly option, but The Verge says it’s designed for use by single-person businesses as well as huge companies, so maybe not.

Microsoft says that the new Cloud PC will run on any modern web browser, opening the door to low-powered Linux machines being able to run full-on Windows sooner rather than later.

Windows 365 provides an instant-on boot experience that enables users to stream all their personalized applications, tools, data, and settings from the cloud across any device including your Mac, iPad, Linux device, and Android. The Windows experience is consistent, no matter the device. You can pick up right where you left off, because the state of your Cloud PC remains the same, even when you switch devices. 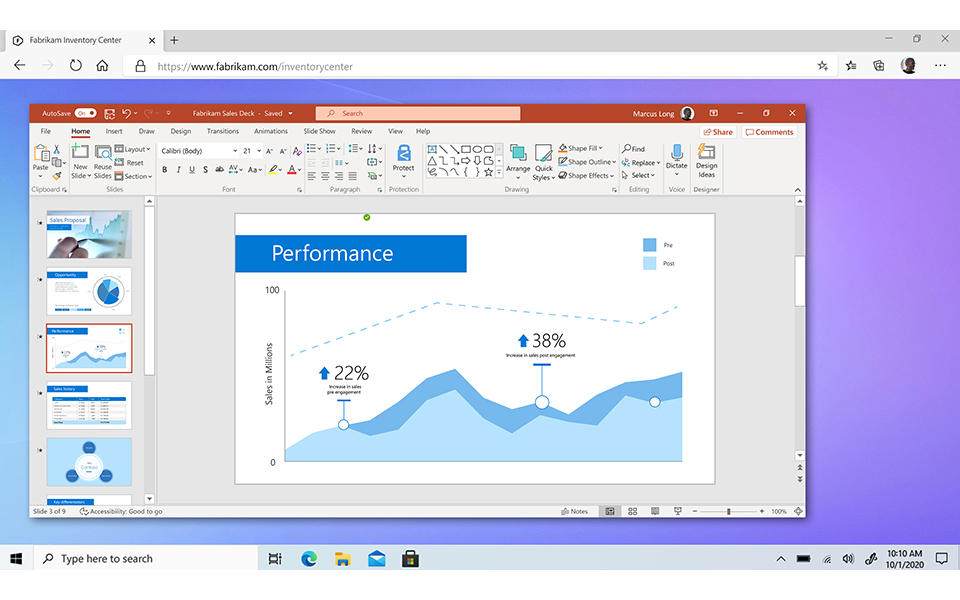 The idea of remote accessing some sort of cloud machine isn’t new, but it’s the first time Microsoft has offered anything like this. It’s an exciting move as well, but until it’s made available to everyone that excitement will be tempered. Cloud PCs can be configured with a single CPU, 2GB of RAM, and 64GB of storage at the low-end, The Verge says. That configuration goes all the way up to eight CPUs, 32GB of RAM, and 512GB of storage. Plenty of power for most people, although we’d love to know the state of play with GPUs.