When compared to home-automation solutions, cars have generally been left lagging behind, with owners needing to upgrade to a new technology-laden vehicle to get a decent level of intelligence into the cabin. Logitech has recognized this niche in the market, and expanding the Logi product line has introduced the affordable ZeroTouch mount and app to bring the best features of a connected smartphone to older vehicles.

The Logitech accessory is offered as a two part solution to the consumer; a physical smartphone mount that fits into the vehicle, and an accompanying mobile app that powers all the magic. Unfortunately, this currently only works for Android phones, which means iPhone users are out of luck for now. 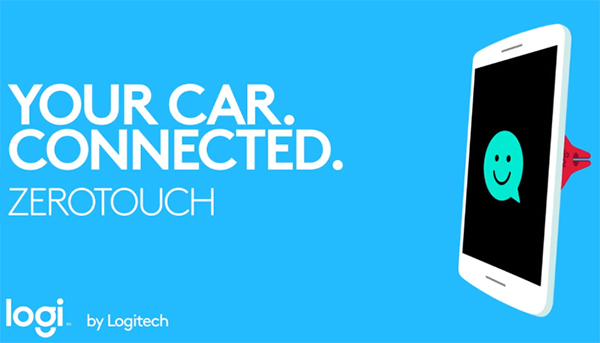 As you might expect from a manufacturer like Logitech and a product that is aimed at vehicle owners, the installation and subsequent usage of the new ZeroTouch is extremely easy. Owners are simply asked to install the ZeroTouch app on their smartphone and choose the mount type for the air vent, and or for the dashboard.

It’s then a case of snapping the smartphone to the magnetic vehicle mount to securely hold it in place while driving. The app will spring to life ready to accept commands when it detects a hand wave in front of it. How exactly does all this transpire? Logitech tells us that:

The ZeroTouch mount pairs to your Android phone through a Bluetooth connection and lets the ZeroTouch App know when it’s docked in the car. When your phone is docked on the mount, the app is activated and runs in the background, without impairing other smartphone functions or most in-car Bluetooth wireless equipment. 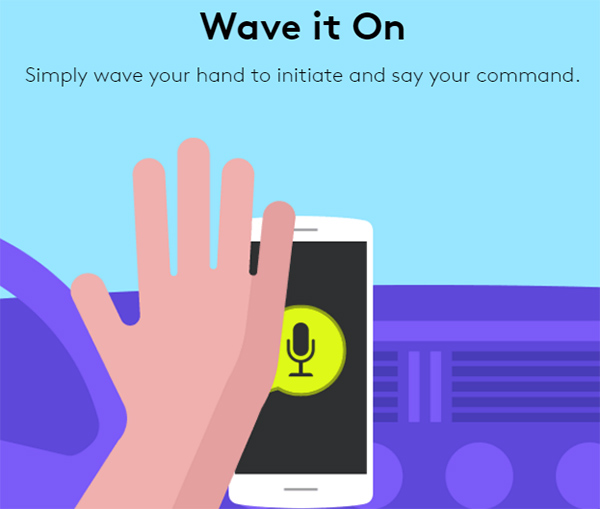 ZeroTouch essentially looks to bring some of the best and most sought after and utilized features of a smart connected car to legacy vehicles. This includes the ability to speak out voice commands to play music through the likes of Spotify. ZeroTouch is comfortable with natural language so you can speak freely, which makes the entire experience totally smooth. 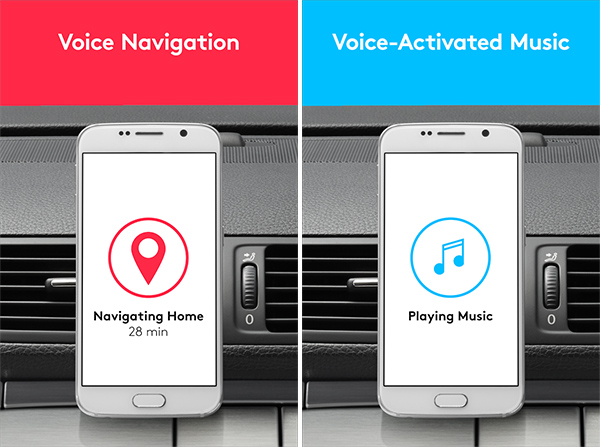 Users can also invoke voice-activated GPS using apps like Google Maps and Waze, if installed on the device. As you might expect, there’s also a hands-free calling functionality, the ability to share an exact location, as well as the option of replying to incoming messages in apps like Facebook Messenger, Google Hangouts and WhatsApp. Want to mute ZeroTouch? A simple gesture can take care of that.

As mentioned earlier, the ZeroTouch mount is available in two major configurations. An Air Vent version can be purchased in either White, Red or Black for $39.99. Alternatively, a Dashboard variant is available in a single Black color for $69.99.

Interested parties can pre-order now with shipping expected to arrive in 2-5 weeks.