There’s an almost endless number of reasons why you might want to part with the financial outlay necessary to be an Apple Watch owner. First of all, Apple’s marketing machine does an exceptional job of promoting the product and making most tech enthusiast feel like it’s something that they need. Additionally, it’s actually one of the better, more performant smartwatches on the market, and one that will benefit from continuous firmware updates throughout the year. If neither of those reasons resonate with you, then how about being able to take an instant stealth selfie, or capture a video from your paired-iPhone, with just a subtle shake or flick of the wrist?

If that’s the reason you want to be a proud owner of a premium Apple Watch, then you should probably know about RemoteCam by MagicAnywhere. Now we know that Apple Watch already has a stock Camera app by Apple, but it’s way too limited in functionality. RemoteCam in comparison has a ton of more features. Its main aim is to give users complete control over the camera on the connected iPhone. This means that anyone with an Apple Watch and a connected iPhone with RemoteCam installed, will be able to use the camera as if they were interacting with it directly from the iPhone itself. 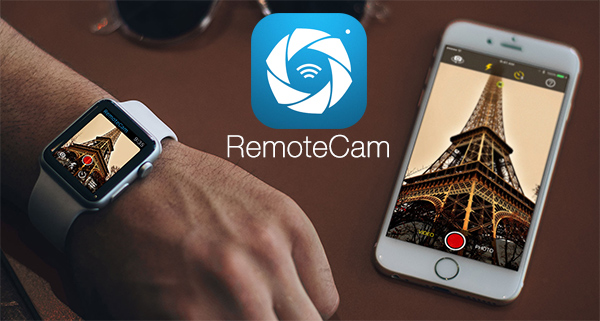 That level of functionality extends to pretty much everything. The Apple Watch can be used for functions like triggering photo or video capture with a simple touch of the display, switching between capture modes by utilizing using Force Touch, and even zooming in and out by using the Digital Crown on the watch. Users can also take control of the timer, and toggle between the flash modes or torch for photos and video recording.

RemoteCam also utilizes the Apple Watch display as a live preview so you can see exactly what the iPhone is pointed at without minimal fuss. 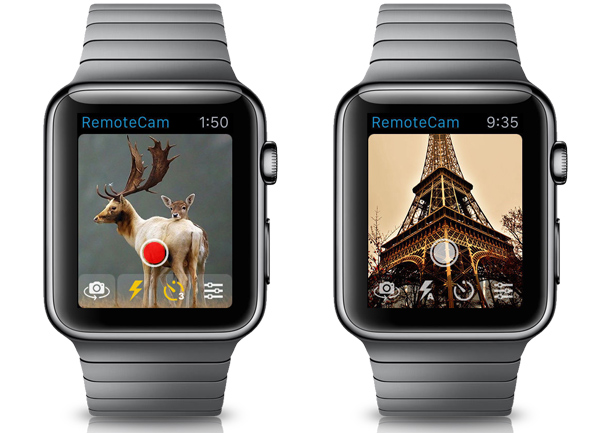 Of course, the app actually offers quite an array of functionality and convenience through the ability to control the iPhone camera from the app installed on the Watch. But with that said, it’s probably the simple “shake to capture” feature that will be the most popular. Rather than having to position the iPhone and then try and hit the capture button for that perfect selfie, the Apple Watch can trigger the photo capture with a simple flick/shake of the wrist. 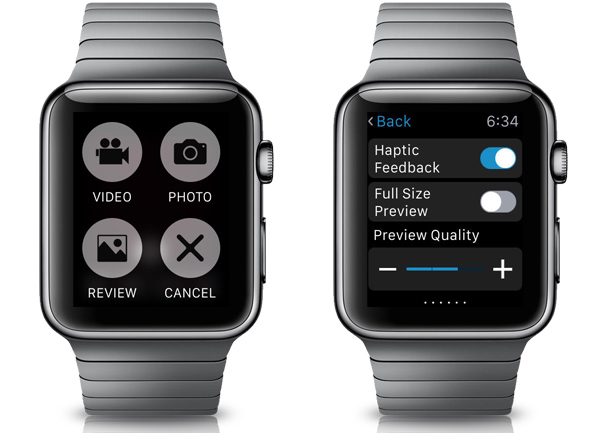 (Download: RemoteCam for iPhone and Apple Watch from the App Store)