LG had announced the Watch Urbane Android Wear powered luxury smartwatch a while back to take on the Apple Watch. Clad in metal and gaining a gold color option, news has broken out that LG is also prepping the release of a Watch Urbane variant, one with LTE and NFC chips under the hood. Head over the jump to find out what else LG is changing with this variant.

While the LG G Watch R was a potent smartwatch in its own right along with the Moto 360, it was considered too ‘boyish’ by some standards, and with the Apple Watch blending a touch of fashion with all those smart features, the Watch Urbane has been planned to counter the competition. Interestingly, where the Watch Urbane is said to be running Android Wear, the LTE variant ditches Google’s OS in favor of something proprietary, which we can’t put a finger on for now. 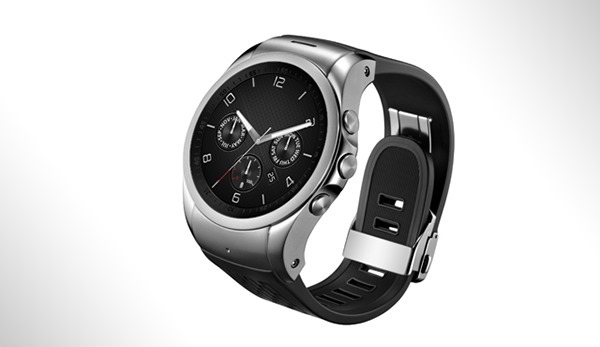 LG says it’s definitely not the webOS which has been powering its smart TVs and was even featured running on an Audi watch, so it’s clear that the Watch Urbane LTE is running something completely new. The new LTE chip will give the timepiece the ability to make calls over VoLTE (voice over LTE) without needing a phone, just like Samsung’s Gear S smartwatch, and features an SOS button to quickly place a call to your contacts in case of an emergency. Other than that, there is a nifty little walkie-talkie feature as well allowing for users to create group chats from the comfort of their wrist watch. Likely to drain more battery juice, the Watch Urbane LTE carries almost double the battery of the original at 700mAh. The Watch Urbane running Android Wear will come with a 410mAh battery.

The NFC chip will allow for a smart wallet like functionality allowing for making payments as well, which is interesting in light of dropping Android Wear where Google is currently working to introduce its own Apple Pay-like feature called Android Pay. The watch also includes an array of smart sensors such as an accelerometer, compass, heartbeat, atmospheric pressure, gyroscope, and GPS. 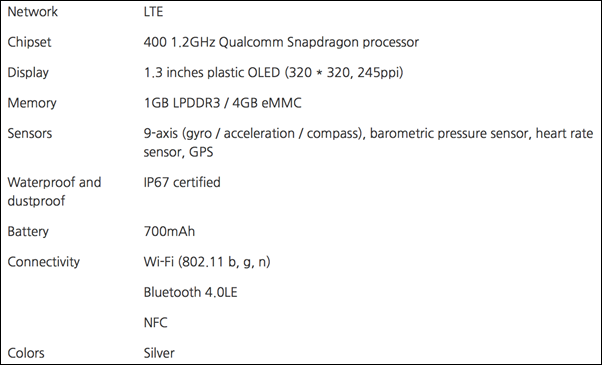 LG is expected to release the Watch Urbane LTE along with the standard model on the 1st of March at MWC 2015 in Barcelona, and we will know just what exactly is that proprietary OS all about.