Launch Center Pro, which works as something of a makeshift launcher for iPhone users, has enjoyed incredible success thanks to its slick, minimalistic interface and support for a wide range of apps and shortcuts. Now, for the first time, it has been rolled out for the iPad, and with an interface tailored for the increased display real estate, it’s every bit as good as the Launch Center Pro we know and love.

Not only does the app essentially warp the interface into a more intuitive, approachable setting, but it’s highly customizable in that you can set your own actions and tailor the general experience to suit you. 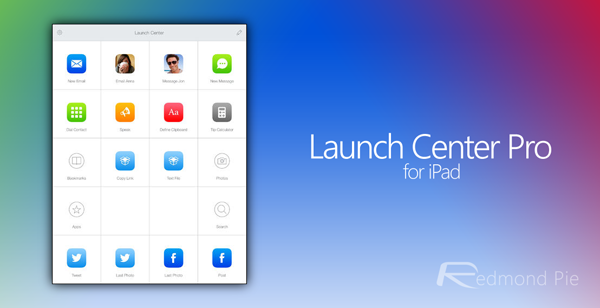 It’s often the case, when an app is updated for the larger iOS device range, that everything is merely augmented. But, as you can see from the screenshots, Launch Center Pro has been lovingly tweaked and improved for a generally pleasurable experience on the bigger screen.

Version 2.0 of Launch Center Pro for iPhone only dropped back in October, and thankfully, many of the new and exciting implementations from that release have made their way to this one. For example, among a plethora of upgrades, the app was afforded Dropbox integration, which meant you could save your set-ups effortlessly through the cloud. Well the iPad edition is treated to this feature right off the bat, so if you’re the kind who tinker around with their meticulously crafted arrangement (and then mess things up), you can very easily revert back to your older settings in a heartbeat. 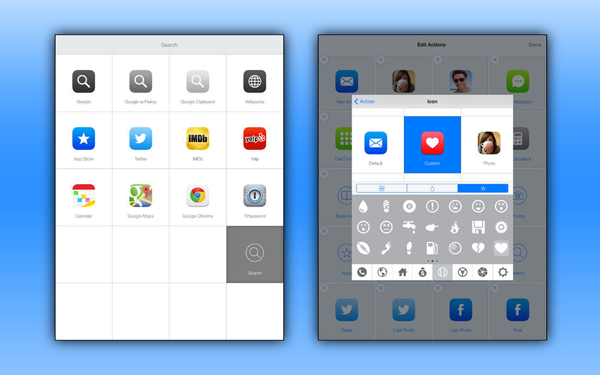 The price of Launch Center Pro for iPad is, at the moment, the same price as the separate iPhone version at $4.99 (£2.99), although it must be noted that this is only a promotional, introductory price. Thus, if you want to enjoy the feature-rich interface and functions of this app, you’re better off picking it up sooner, for a saving, rather than later.

So, if you’re looking for a very worthy alternative to the general iOS experience for the running of your digital errands, please check out the direct link below.

(Download: Launch Center Pro for iPad on the App Store)