When it comes to technology, plenty of folks out there – whether they’d like to admit it or not – are partisan fans of a particular company or product. Some of the most fiercely-contested rivalries in the modern digital era involve Apple, be it versus Microsoft at desktop level or against Android in the mobile arena, and as such, the Cupertino company has its fair share of fanboys. Today, an entertaining little clip has hit the Web courtesy of the guys over Vooza, and gives a rather humorous take on what happens to these Apple fanboys when the company they so worship is running one of its famed keynote events. Check out the video after the jump!

The clip shows four men – a couple of whom have dressed themselves in the full Steve Jobs tribute get-up – crowded around a MacBook Pro live-streaming the event. Tim Cook takes to the stage, and begins the usual dose of self-congratulation, talking superlatives and stats to the appeasement of the fanboys. 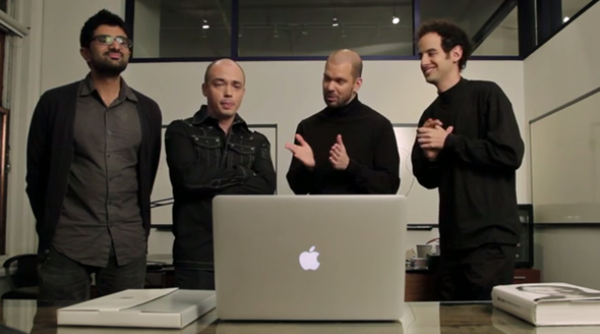 The over-the-top celebration of the iPhone 5s’s 64-bit architecture is a personal highlight of the video, with each Apple fan seeming to dance a jig in response. As you would expect, there are constant swipes at Microsoft, with Bill Gates in particular bearing the brunt of one rather emotional tirade of abuse.

There’s plenty more laughter to be had in the two-minute clip, including a running commentary on Jony Ive’s "minimalistic" bald head. But I won’t spoil all of the good jokes, and instead allow you to enjoy the video, which we’ve embedded below.

The Internet is awash with fanboys of all descriptions, but iOS vs. Android debate is easily the most fiercely contested. The easy way to spot a fanboy is to lookout for a distinct lack of basis in any argument, and overwhelming bias in points made. 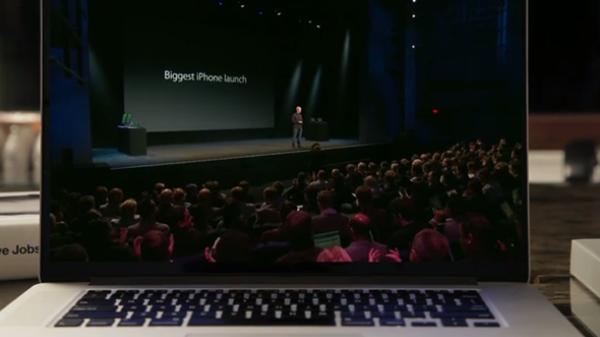 Hardcore Apple fans have been well and truly called out here, because the video is the perfect caricature of what we see online in comments sections and forums every day. And if you’ve ever found yourself uttering the dreaded "Steve Jobs wouldn’t have let this happen" spiel, then the chances are, you’re probably a fanboy too!