The web is a great place to have a debate with others concerning a variety of topics, and whether it’s an Apple vs. Android, Xbox 360 vs. PlayStation 3, or even a Coke vs. Pepsi back and forth, there are two types of person within any argument – on both sides. The first kind of person is the logical thinker – the kind of person whom weighs up both sides in a fair, concise manner in order to form well-rounded opinions. Most debates, however, descend into farce thanks to our other type of individual – the fanboy – who’ll argue to the bitter end regardless of whether the information they’re putting forth is accurate or pure fabrication.

Apple fanboys are certainly aplenty, and while there are plenty of aspects we can all appreciate from the Cupertino company’s vast range of products, there are also quite a few glaring shortcomings. An Apple fanboy will see every decision the fruit company makes as a positive one, and here, Scott Rose and Andrew Baird have compiled a pretty humor-inducing YouTube clip entitled, ‘S*** Apple Fanatics Say.’ We think the pair have covered each and every fanboyish claim down to a tee, but we’ll let you make up your own minds. 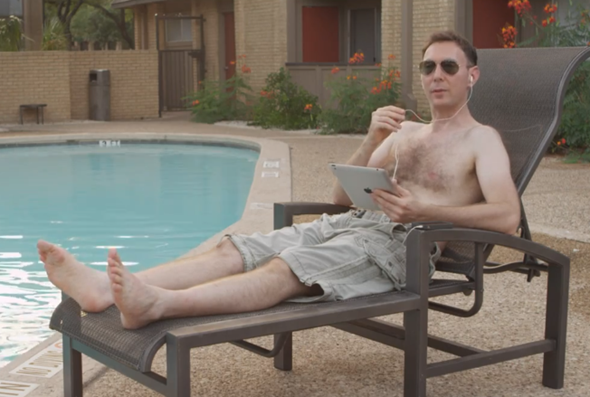 I did have quite a chuckle at a few of them, particular the more ridiculous statements. "Who needs removable batteries anyway?" was a personal highlight, and the fanboy’s justification for the lack of a right-click button on a Mac – which led to a repetition of the word "gestures" – was also rather amusing. When all else fails, the Apple evangelist can often be seen throwing the name of "Steve Jobs" around almost aimlessly, and there was plenty of that thrown into the video for good measure, although I would say there wasn’t quite enough Android hatred and bashing for the clip to pass off as a true Apple fanboy representation.

If you, like us, found the video entertaining, you’ll be pleased to know both Rose and Baird will be collaborating for a second part. Rose, who plays the Apple fanatic, does a great job of portraying the incessantly irritating nature of the fanboy, and I certainly cannot wait for part 2.

Update: Part 2 of the video is now available (via The Loop):