The Apple media event has been confirmed, the date is on our diaries and now we sit patiently to see what the next six days bring us in terms of news and possible insight into what Tim Cook and his team will bring us when they adorn the stage of the Yerba Buena Center for the Arts. It’s all but guaranteed that the new sixth-generation iPhone will be the main focal point of the media event, but there is still a strong possibility that we will be treated to a couple of new iPods or even the mysterious iPad Mini that we have been hearing so much about.

The existence of the baby iPad is something that is causing conflicting emotions amongst tablet owners. Even though we have the third-generation iPad in our hands, and numerous companies have attempted to produce the so-called “iPad Killer”, Apple still remain on the top of the tablet food chain with their powerful, all singing all dancing slate. There are a number of people who prefer to see the company throw resources into producing a next-generation iPad that simply revolutionizes the industry again, rather than building a smaller version that doesn’t match the existing specifications in an attempt to chase the mid-range smaller tablet market.

With that said, building a smaller iPad will ultimately appeal to a lot of people, and although we haven’t had any official word from the company about its existence, there has been a number of 3D representations of what people feel it will look like. In addition to those renders, we are now also seeing the emergence of some new photographs that reportedly show the external casing of the 7-inch Apple tablet. The new images show what is said to be the outer shell of the new smaller iPad, detailing the external visuals of the device, as well as the internals of the case. The legitimacy of the component can’t be verified, but rumor has it that it actually comes from an OEM in China. 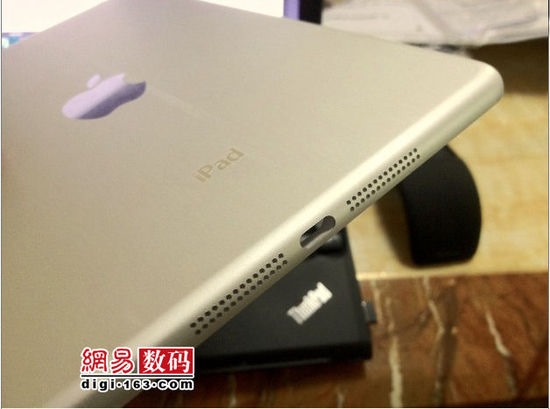 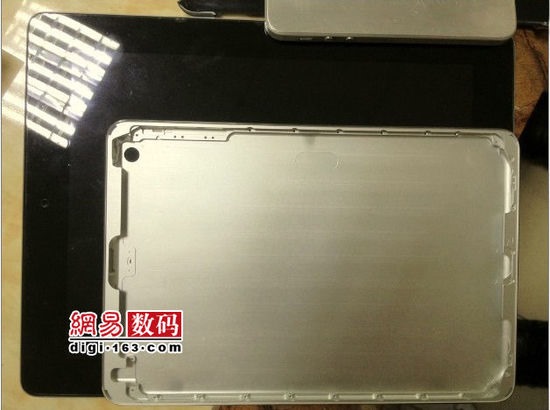 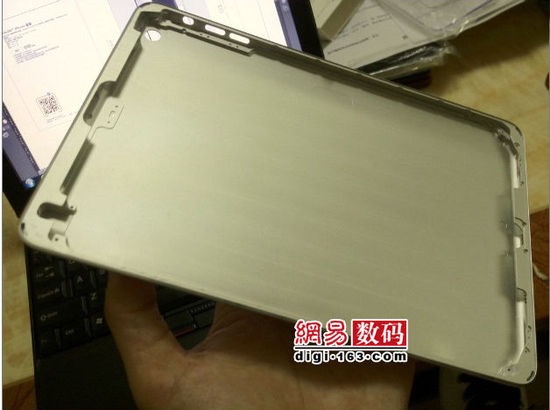 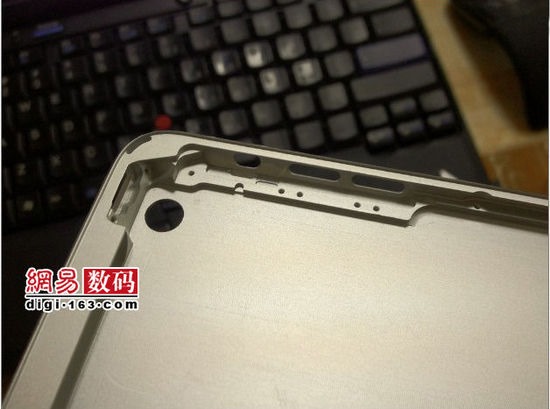 A number of details immediately jump out from the shell that is shown in the images. The casing has a clearly defined aperture at the rear, which signals the existence of a rear-facing camera. Although the Nexus 7 has been extremely popular in the 7-inch range, a lot of consumers have complained about the lack of a rear camera, but the iPad Mini seems to solve that caveat. The shell also shows space for the new smaller dock connector which we are expecting with this new wave of iOS devices, as well as the redesigned speaker grills on either sides of the dock. As mentioned earlier, it’s practically impossible to determine if this is a legitimate part, but if Apple does decide to let us in on the secret early, then it could happen this Wednesday. Alternatively, there is a rumor that a separate event has been planned for October for the unveiling of the iPad Mini, so stay tuned.