Check Out This Amazing 3D Render Of The iPad Mini [VIDEO]

Although Apple has now officially confirmed that there will indeed be a media event taking place on September 12th at the Yerba Buena Center for the Arts, we can all breathe a heavy sigh of relief and get our credit cards ready for whatever the company announces on that day. It’s widely expected that Apple will introduce us to the sixth-generation iPhone, but considering the rumor that we will see up to eight new Apple products released between now and the end of October, the possibility still remains that the Cupertino giants could announce a couple of new iPods on Wednesday or even the new iPad Mini that we have all been expecting. The chances for the latter actually happening are extremely low, though.

Even though the specifications and aesthetics of the new iPhone have been dominating the headlines over the last few months, the possibility of a new smaller iPad has managed to attract significant attention, with a lot of corners insisting that it makes perfect sense for Apple to enter the smaller tablet market to compete with the likes of the Nexus 7 and the Kindle Fire. It has also been suggested that it is an extremely intelligent move from Apple, who will use the new product launch to use up inventory stocks of full-sized iPhone 3GS screens and internals of other devices, something that would effectively allow them to monetize hardware that otherwise would have gone unused. 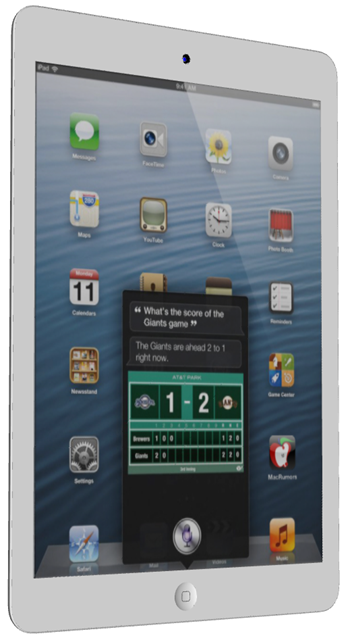 Unfortunately for users, we haven’t had as many leaks and sightings of components or parts that seem to belong to the miniature iPad, meaning that we can’t accurately predict what it will look like when it is eventually announced. With that said, there has been a lot of conjecture about the device possibly carrying slimmer side bezels which would make it look more like an iPod touch than a tablet. It’s also been said that the device will feature the new smaller dock connector which Apple is building into all new iOS devices, as well as the redesigned speaker grills that adorn either side of the dock. 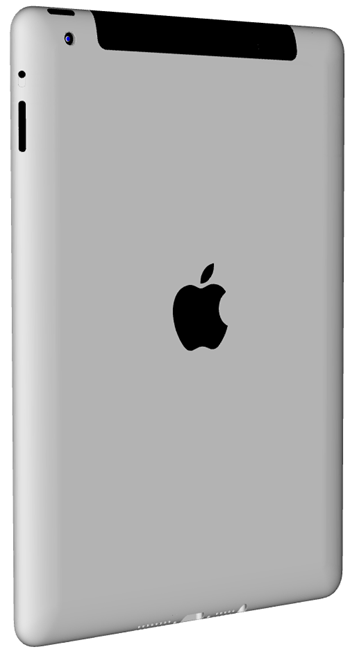 We’ve already seen a number of photoshopped and rendered images of what some people think the mini iPad could look like, but the latest 3D creation that has been built using WebGL is simply stunning. The image allows the user to interact with the device, rotating it in every possible direction to get a good look at all angles. Additionally, the creators have also uploaded an accompanying YouTube video that goes through the possible aesthetics of Apple’s new baby iPad. Here’s hoping that we don’t have to wait to long to get a glimpse of it.