As far as file sharing goes, BitTorrent is one of the most frequently-utilized platforms, and in terms of clients, uTorrent (stylized µTorrent), is easily the most popular. Its clean, minimalistic interface and resourceful nature are the two key reasons for the application becoming the most popular around, and for the some 480 million Android users, that ease-of-use can now be enjoyed on Google’s market-leading platform.

Torrenting hasn’t really had its day on mobile devices, and although there are plenty of promising apps doing the rounds on all the big ecosystems, most .torrent file downloaders and uploaders stick with the bread-and-butter familiarity of the desktop iteration. Yes, a minority download their torrents using specially-crafted apps, but the farthest most have gone to torrenting on a smartphone or tablet is using one of the many remote-based apps – allowing one to control, pause, or delete files on-the-fly.

Like VLC, which very recently released to the Google Play Store as a beta, the uTorrent Android app will likely be met with a warm welcome from mobile device-toting file sharers. Of course, it’s more than likely Apple will never, ever let such an app grace its stringently-moderated App Store, so if you do indeed wish to download your content on the move, you will either have to jailbreak your iOS device, or consider migrating over to Android. 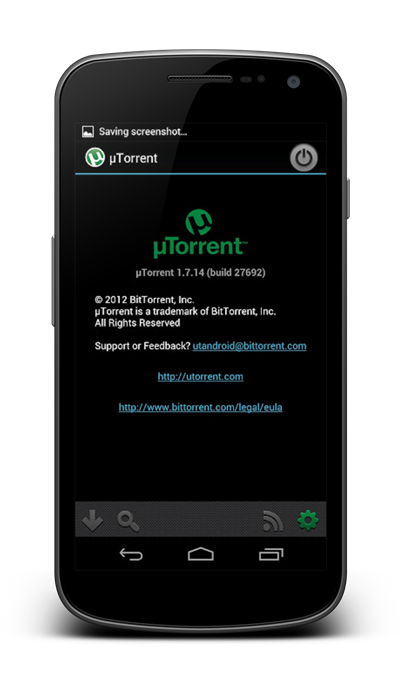 The uTorrent app, seems pretty stable, although the beta moniker suggests you should not rely on it for heavy-duty, important file transfers. It works for most Android versions (compatibility runs all the way back to Éclair would you believe), and can be downloaded right now from the Google Play Store – linked at the foot of this post. 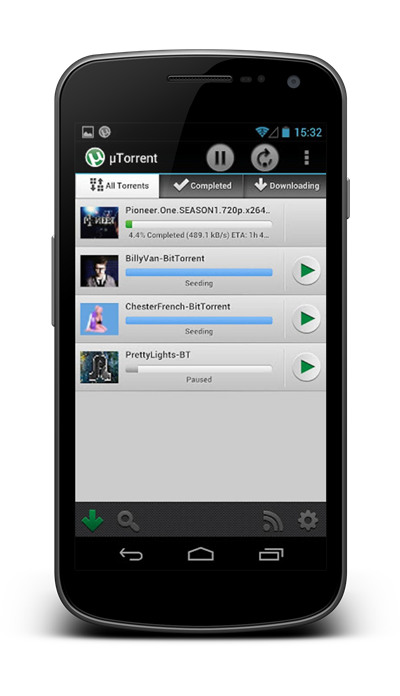 You might expect – given the obvious restrictions of using a smartphone or tablet compared with, say, a desktop – that the app would be crippled by caps on download file size or bandwidth, but as long as your device has the capacity and the means to download or upload, you’re good to go.

Although the uTorrent desktop client has always been free, the Play Store description notes it’s only "currently free", so it’s definitely worth grabbing, if only for safe-keeping.