Launch Center Pro 2.0 For iPhone Is Beautifully Re-Imagined For iOS 7

iOS, as most of you will be more than aware, doesn’t allow for custom launchers, and having enjoyed several when using Android, it’s a great shame that Apple’s ecosystem doesn’t offer any kind of native support to manipulate the way the home screen looks and functions. However, Launch Center Pro for iPhone, formerly known as App Cubby, offers something resembling the functionality of your traditional Android launcher, and thanks to an update pushing the version number up to 2.0, it’s now very much in-keeping with the simplistic beauty of the Cupertino’s all-new iOS 7.

But while the update does offer uniformity with the newly-updated firmware, version 2.0 is about far, far more than just a bit of vanity. As well as all of the usual treasures we’ve been accustomed to with quick searches and shortcuts, users can now readily backup and restore using Dropbox. There’s now native support for Facebook, users can launch actions externally, and notably actions can also be readily shared. 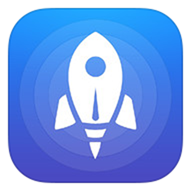 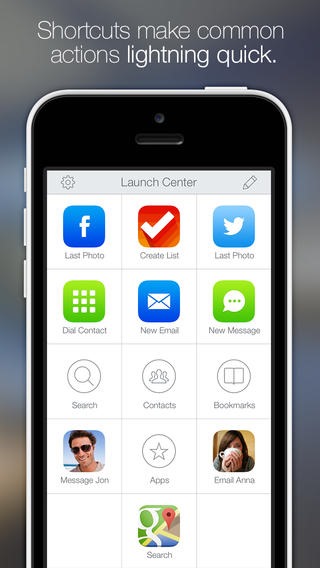 Even back in the days of App Cubby, the look of the interface always had an air of superiority, but with the new iOS 7 optimization and support for themes, the app’s aesthetic has just been stepped up a notch or two. Upon first opening up Launch Center Pro, you’ll probably be slightly taken aback by just how good it does look, and once you dig into its array of features, it’s difficult not to become engrossed. 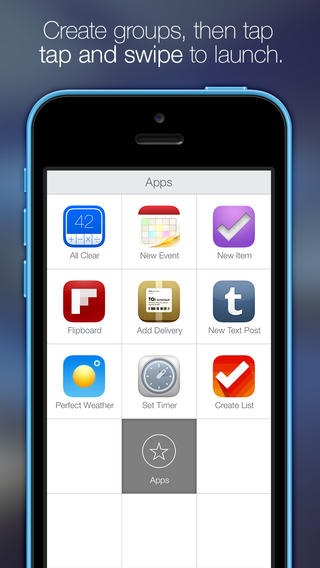 Most of your every day functions and actions are encompassed in one beautiful interface, and even though the traditional home screen now includes expanded folders for better organization, Launch Center Pro’s take is infinitely more elegant, intuitive, and generally inviting than what is offered at stock level. 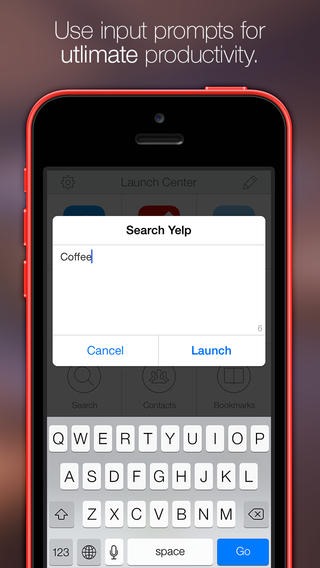 The app costs $4.99, but in our opinion, is worth every cent. If you’re looking for a sure-fire way to make the running of your daily digital errands just that little bit easier, you really cannot go wrong. Download it via the link below, and be sure to leave your thoughts and critiques in the comments section.

(Download: Launch Center Pro for iPhone on the App Store)