Official Twitter App For Android Tablets Released, But There Is A Catch

With Twitter having recently made like Facebook and gotten its IPO filing – and inadvertently revealed the IPO date as being November 15th – the company will really need to pull its finger out and begin impressing shareholders, particularly in mobile space. As with Facebook up until recently, the official Twitter apps have been rather lackluster, outshone by various third-party offerings, but with Mark Zuckerberg’s rivaling social company now offering top-notch apps across the board, we’ll be hoping for more of the same from the guys behind The Twitters. Today could be the start of that push, with a new version of the app optimized for Android tablets ready for use.

Although the official Android Twitter app does work just fine on tablets, it’s not strictly optimized for the larger display, and when this instance does occur, the user can tell that they’re using an app built for a completely different device. Whether its in visibly augmented UI elements, letterboxing, or just generally clunky functionality, an app created for a smartphone is fairly obvious when used on a tablet. 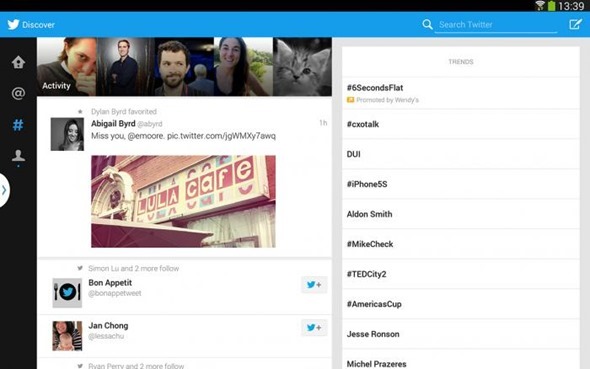 Now, though, Twitter for Android Tablets is finally here, and offers beautiful multi-screen viewing for easy navigation between mentions, trends, profiles and all of the other screens you see when using Twitter. 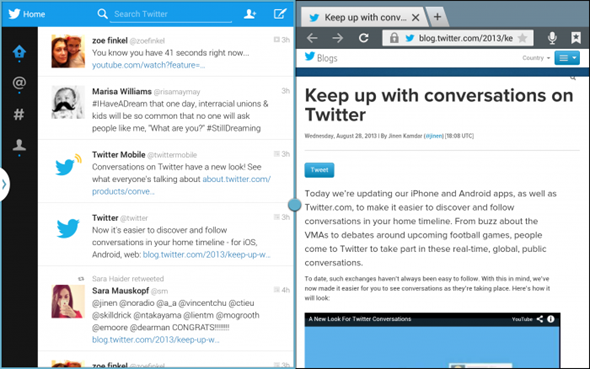 At the moment, it’s only available to those rocking the Samsung 10.1-2014 tablet, so if you own a different model of Android slate and were hoping this was your calling, you’re still going to be left waiting, in short: you’re swiftly out of luck at the time of writing. Fortunately, though, Twitter has promised that it will soon be updated to support the many different varieties of slab running on Google’s mobile OS, so whether you’re wielding a Nexus 7 or a Kindle Fire, you’ll be able to check out a tailored version of the Twitter app “by the end of the year.” 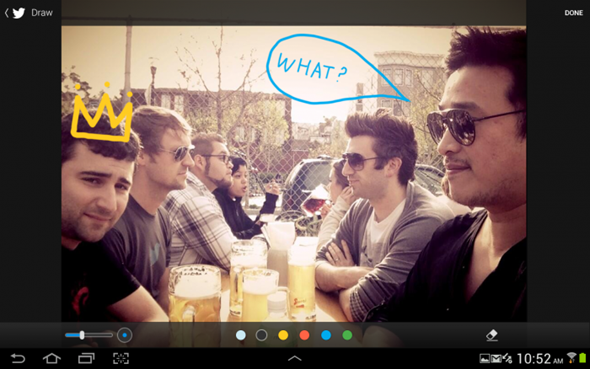 For those of you in ownership of the Samsung 10.1-2014, what do you think of the new app? Is it as intuitive and seamless an experience as a service like Twitter should always have been? Do share your thoughts and comments via the usual mediums below.