Regardless of whether they are aware of the terminology or not, every single iPhone and iPod touch user manages to interact with the device’s home screen every time they use it. Flicking between home screens, editing icon locations or deleting them, as well as launching installed apps is the main purpose of the home screen on an iOS device and provides users with a centralized desktop interface between themselves and their installations. 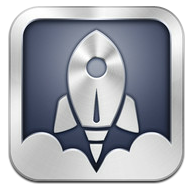 Launching apps from the home screen is second nature to users of an iOS device, it is something that we just know how to do and understand that it is necessary to gain access to the internal functionality of that app. Something that we don’t often consider is the fact that we are launching apps with the sole intention of using the actions that they contain, obviously something that varies from app to app. The guys over at AppCubby have realized this and have built a full application that allows users to set up quick launch areas within the app to invoke certain actions within specific applications. 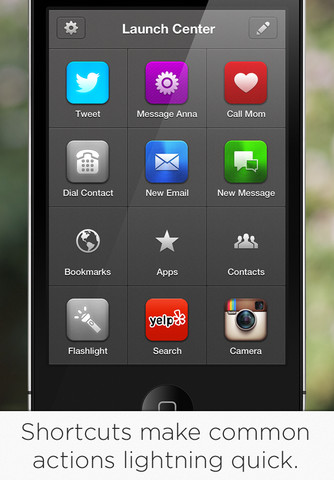 Launch Center Pro is built around the philosophy of launching actions rather than applications, which at first may seem a little confusing, but when you think about it, it actually makes perfect sense. Supported actions are extremely varied and are actually found in a wide number of stock and third-party apps and could include sending a tweet, dialing a specific contact from the address book, making a specific text search using Google and Safari, opening saved Safari bookmarks, invoking the back LED flashlight or composing an email to a specific person.

In fact, any app that supports actions or can be called through URL schemes can theoretically be supported by Launch Center Pro, meaning the reach of the app itself is extensive. The developers have also provided some supporting documentation for app developers whose apps don’t currently work with Launch Center Pro, and are looking forward to adding this compatibility. Supported apps include popular software such as Tweetbot, 1Password, Adobe Photoshop Express, Angry Birds Space, Official iOS Twitter app, Camera+, Clear, BoxCar and many, many more. 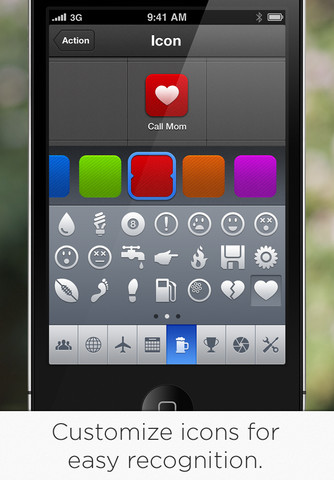 The layout of the app, mixed with the clean and well thought out user-interface makes the Launch Center Pro app yet another polished and highly capable release from the AppCubby team, worthy of checking out and setting up all of those quick action shortcuts.