Apple isn’t set to announce iOS 14 until June, during the online WWDC event, but we’ve been hearing all manner of leaks about it based on code that has been found in an early build.

One of those leaks suggested that Apple intends to allow widgets to live on the iPhone’s Home screen for the first time and now we have a concept showing what that might look like.

Created by Parker Ortolani, the concept shows is what a “SpringKit” framework could mean for developers who want to make widgets that would work on a Home screen. That would allow for standard iOS icons, a live icon that could show information like temperature or time, and a final option that would be a full-size widget.

While it’s possible that none of this will make its way to iOS 14 when it’s announced in June, an earlier report suggested the release could allow widgets to be moved around the Home screen – something that hasn’t been possible so far.

While these concepts and widgets do look interesting, we’re still not sure we’re sold on the idea of them living on a Home screen all the time. 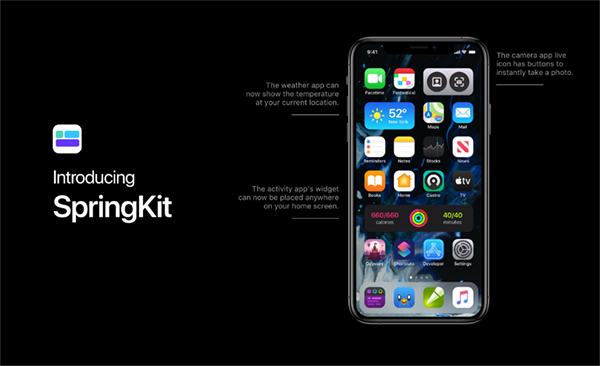 The iPhone’s screen simply isn’t large enough and while Android devices get away with it by keeping apps in a drawer, iOS doesn’t have that luxury. Widgets would be fighting for screen space alongside apps on iPhones. 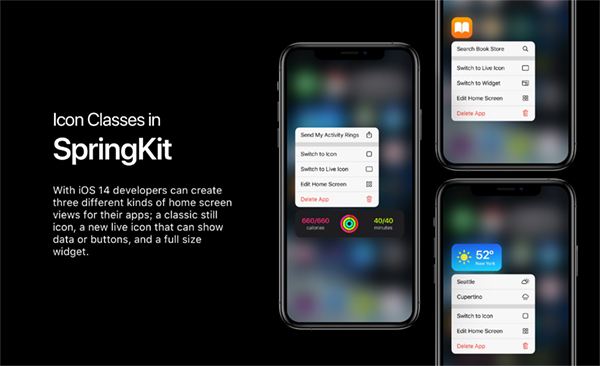 Maybe this is a reason to look at getting the larger iPhone in September.