Is Your Pixel 2 XL Screen Flashing While Locking / Unlocking? You’re Not Alone

Oh Google, where did things go so wrong for the Pixel 2 XL? After initially releasing to rave reviews from users and the press alike, the flagship device has unfortunately been the subject of quite a few issues, most relating to its display. Whether users are complaining about poor color shift performance, dead or stuck pixels or even the odd spot of image retention, there is plenty to worry about when picking up a new Pixel 2 XL.

Now, yet another issue has begun to rear its head, and while it does relate to the display in a way, it appears to be much more software related than anything else. 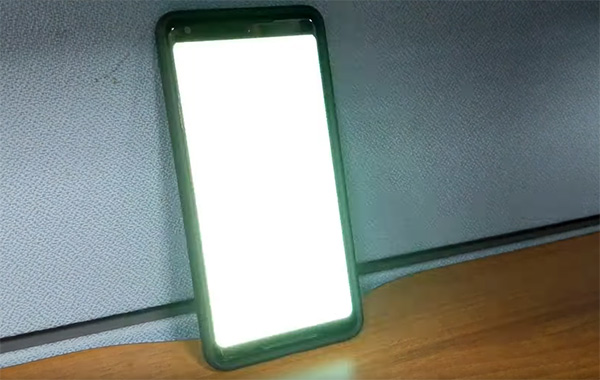 According to reports cropping up on the Google Product Forums, a number of devices have begun to exhibit odd behavior when they are locked or unlocked. While a simple task in itself, the unlocking and locking procedure appears to be causing the Pixel 2 XL’s display to flash a bright white during the process. Oddly, the flashing does not happen each time the smartphone is locked or unlocked, but it happens enough that it has been caught on camera a few times and shared online.

The flashing also does not appear to be specifically related to how a device is locked or unlocked, with both pressing the sleep/wake button and using the device’s fingerprint scanner often causing the same result – a bright white flash before the locking or unlocking animation completes.

As far as fixes are concerned, neither a device restart or a factory reset appear to do the trick, although a temporary fix may be to disable and then re-enable Ambient display. Given the fact this issue appears to have cropped up recently, we are hopeful that this is related to a specific software update rather than a hardware issue. That being said, there are also videos circulating which show the flashing happening during the Pixel 2 XL’s bootup process, suggesting that hardware may be at fault instead.

What on Earth has gone wrong with this supposedly high-end smartphone, Google?!