Google’s Pixel 2 and Pixel 2 XL are the hottest smartphones around right now, at least until the next big thing comes along – the industry is just fickle like that. This being a flagship smartphone release, there have unfortunately been a couple of headlines that do not paint Google’s new offering in a good light, namely, the larger, more expensive variant suffers from very specific screen issues.

The Pixel 2 XL’s display has been deemed by many to be lacking in color, with some color shifting observed at angles, too. More worryingly, though, this larger, more costly version also has problems in that it appears susceptible to burn-in.

Burn-in, something that gamers used to be terrified of when buying plasma TVs back in the day, happens when a display made of certain technologies displays a static image for too long, with that image remaining on-screen, albeit faintly, even when the image is no longer displayed at all. It is something that should take a long time to come to the fore, if at all, but Google’s Pixel 2 XL is suffering from it already, and reviewers have only had the phones for a period of around a week!

Reportedly, Google is already investigating why some of the POLED screens built into the Pixel 2 XL are beginning to display burn-in, so we can only hope a remedy is identified soon.

The Pixel 2 XL screen has been designed with an advanced POLED technology, including QHD+ resolution, wide color gamut, and high contrast ratio for natural and beautiful colors and renderings. We put all of our products through extensive quality testing before launch and in the manufacturing of every unit. We are actively investigating this report. 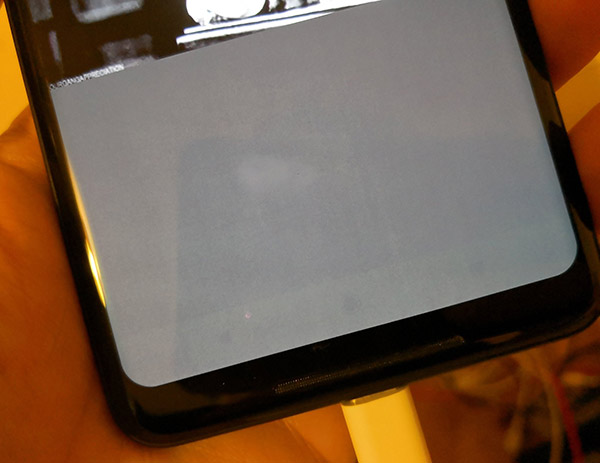 If you do pick up a Pixel 2 XL, then you can check for burn-in on your model by opening a full-screen, solid colored image and looking for the faint outline of the navigation buttons at the bottom of the screen. Gray works well as a color to test with, but if you value your sanity, we suggest you don’t go looking for problems just yet – otherwise it’s all you will be doing with your brand new smartphone for the foreseeable future!