Google’s Pixel 2 and Pixel 2 XL are the biggest things in the smartphone world right now, and while the arrival of the iPhone X in a couple of weeks may put paid to that, there is still plenty to enjoy about the two high-end handsets.

Unfortunately, despite the new Pixels’ flagship status and not-inconsiderable asking price, there are still issues surrounding its construction. Namely, it bends, and not just a little bit either. 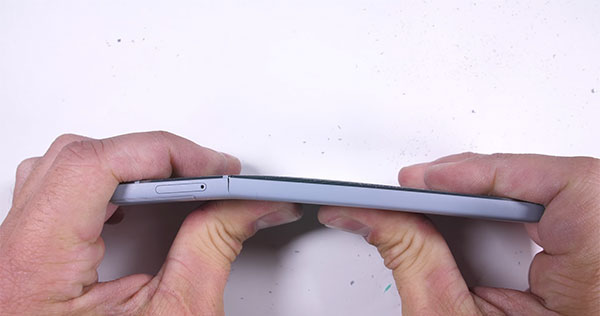 YouTuber JerryRigEverything is known for taking the latest technology gadgets and putting them through what can only be described as a torture test, taking them to breaking point and then beyond. He has a history of breaking devices and that is exactly what he did with the new Pixel 2, except it broke a little too easily for some people’s liking.

See, the metal construction of the Pixel 2 is actually covered with a coating that makes it feel a little more like plastic to the touch, and as the YouTuber demonstrated in a video, that coating comes off surprisingly easily, and once it does, it will not look good at all. Still, cosmetic issues are something we all have to deal with when we carry smartphones around for 16 hours a day or more, but when you have an issue that results in a newly designed smartphone becoming unusable, that’s a little less easy to forgive.

So with that in mind, the news that JerryRigEverything managed to bend a Pixel 2 with his bare hands, and surprisingly easily, is not welcome at all. Apple did experience a similar furore surrounding the iPhone 6 a few years ago, but that is something that was rectified in future releases. At this stage, in 2017, a flagship device should not bend to the degree the Pixel 2 appears to, although we do stand by what we have said before – if you treat your new smartphone well, it will usually do the same to you.

So the short answer to all this? Don’t go bending your smartphone folks. It’s just not a good idea!