PS4 5.00 Jailbreak Has Been Achieved With Full Kernel Access

Once a firmware exploit for the latest version of the PS4’s software, version 5.00, had been found by hacker Luca Todesco aka qwertyoruiop, it was always really only a matter of time before a full jailbreak for the gaming console was done and it would appear that it has now happened with the same hacker achieving full kernel access.

This is what was required in order to make a jailbreak for the PS4 using the most recent software, and now it is a reality.

It would appear that the jailbreak was achieved by using an existing and public WebKit exploit, again made available by Luca, in order to find a vulnerability within the PS4’s firmware. Luca has posted a photo to Twitter that would appear to corroborate this, too. However, before anyone gets too excited, we are still a way off this being made available for anyone else to try out with the chief reason for that being a need to keep vulnerabilities a secret.

If Luca does hold his jailbreak back in order to protect the exploit it uses, then while today’s news is important for the community, it will only serve as a source of frustration that a PS4 jailbreak is so near yet so far away. For now, it would seem that all we can really do is hope a second exploit is found, and found soon enough. A 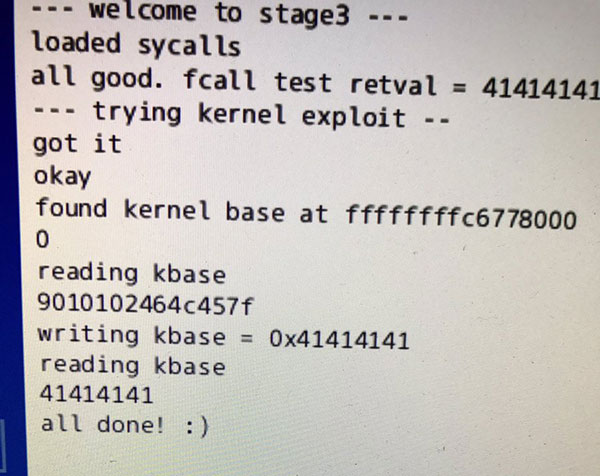 As always has been the case, we will keep you updated as soon as we get to learn more about the whole PS4 jailbreak situation. Stay tuned for more.