The firmware had initially been in a closed beta for approximately 4 weeks whilst Sony put it through its paces and took feedback from the community. That period has now ended much to the delight of those hardcore gamers who continually look at the PS4’s firmware to introduce and unlock new functionality. 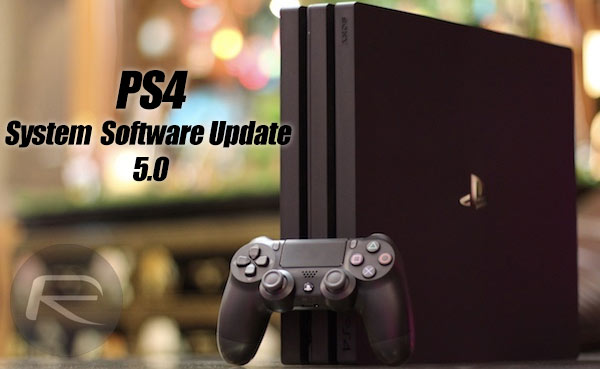 Due to the initial beta period, and the fact that people have actually been testing the firmware on PlayStation 4 consoles around the world, we’ve already been privy to a lot of the features, but it’s worth having a quick glance at them again as well as looking at what’s been introduced today which wasn’t part of the beta release.

Those with a PlayStation 4 Pro will be able to stream Twitch media in full 1080p at 60 frames-per-second as long as the connected Internet is capable of handling that type of stream. Sony has also taken the opportunity to revamp how messaging, notifications, and the Quick Menu looks and functions.

Version 5.00 also introduces a new Team Tournament experience which lets users create a team to play against others in games like Uncharted 4: A Thief’s End, World of Tanks, Mantis Burn Racing, and Uncharted: The Lost Legacy. If you are a fan of the Uncharted franchise, then you are going to adore this feature. Additional publishers will also start to support this new feature in their games as time progresses. 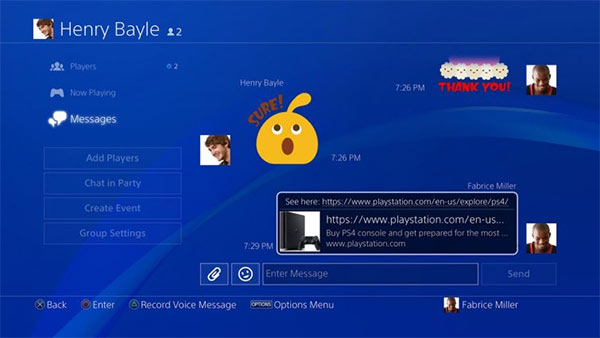 What’s particularly interesting about PS4 firmware 5.00 is the social discovery and interaction element which allows you to immediately follow pretty much anyone that you actually encounter or come into contact with on the PlayStation Network. This is no longer limited purely to those who are fortunate enough to have a verified account. 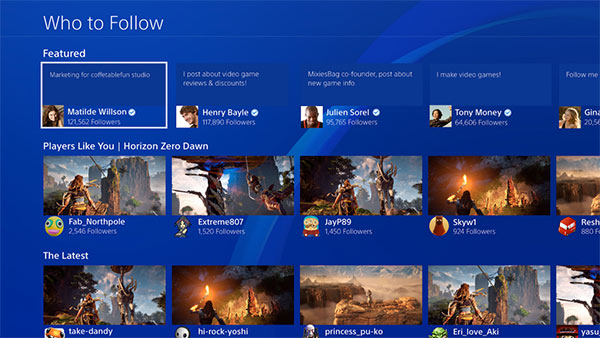 Oh and there have been improvements on the app side as well, with PlayStation Communities and PlayStation Messages getting some updates. Communities gets a new landscape mode along with the ability to post and view GIFs. Messages on the other hand gets new stickers, as well as web link previews whenever a URL is received.

For those who have a PlayStation 4 console, the version 5.00 firmware update should be available to download pretty much immediately through the usual built-in software update mechanism. You will probably notice that you will turn it on in the near future excited about playing your favorite title and you will get the download alert making you wait for it to finish. If you don’t see the update, sit tight, it will come.