This is just in. Apple has released download of iOS 11.1 beta 5 IPSW links as well as OTA (over-the-air) update to those registered on Apple Developer Program portal.

While the update is not available as yet to testers registered on Apple Beta Software Program portal, it’s only a matter of time before Apple makes it available to them as well. 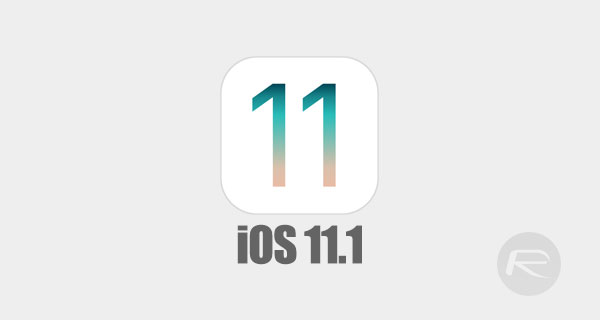 Today’s release comes only a few days after Apple dropped iOS 11.1 beta 4, and is the third seed of iOS 11.1 released in last seven days. All this means one thing, and that is the fact that iOS 11.1 final version is nearing its release. We won’t be surprised if Apple actually ends up releasing it sometime later this week.

As far as new features are concerned, iOS 11.1 in general brings hundreds of new and redesigned emoji characters to iPhone and iPad devices. It also brings back, both, 3D Touch App Switcher gesture as well as the ability to invoke Cover Sheet (previously Notification Center) via Reachability mode. iOS 11.1, like watchOS 4.1, tvOS 11.1 and macOS 10.13.13, also patches KRACK WPA2 WiFi vulnerability.

If you have a configuration profile of iOS betas installed on your iPhone or iPad, you can head over to Settings > General > Software Update section on your device right now to grab the latest iOS 11.1 beta 5 seed as an OTA update.

Alternatively, if IPSW file is what you are after, you can head over to developer.apple.com to grab it directly from there and then use iTunes to restore or update the new firmware.

We will have more on iOS 11.1 beta 5 as we give it to whirl on our devices, which should be soon. Stay tuned for more.