Kodi Android Installer: How To Download And Use It [Guide]

Here’s how to download and use the Kodi Android Installer app addon on your Android-based device on which you are planning to install Kodi.

The latest exciting news from the Kodi team means that anyone running Kodi on an Android-based system can instantly grab themselves the free-of-charge Kodi Android Installer add-on. As the name suggests, the Kodi Android Installer is a quick and easy way for Kodi users on Android devices to update their installed version of Kodi to any version being offered by the Kodi team easily and seamlessly. 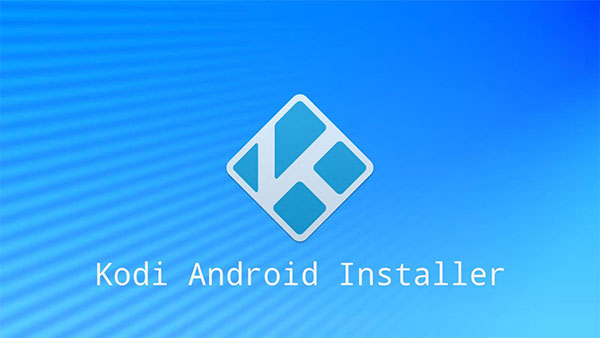 This particular release by Kodi is especially exciting for any Kodi user who has the media center software installed on an Android-powered device which doesn’t have access to the Google Play Store where apps are uploaded and updated automatically, such as the Fire TV Stick. The existence of this app means that those users no longer have to go through the process of manually uploading or updating to a new version of Kodi on their Fire TV Stick or other Android boxes whenever a new version of the software is out, and it also means that even those who can access the Google Play Store can get earlier access to pre-release builds, such as Kodi Nightlies. Let’s take a look at how to get it on the device.

Step 1: With the Kodi installation up and running, select the familiar-looking search icon from the top of the interface, and select Search add-ons.

Step 2: Enter the word Android into the search field and hit OK. You will be taken to a new interface which shows search results based on the criteria given. One of those will be uploaded by Team Kodi and will be called Script – Kodi Android Installer. Select it to view its individual page. 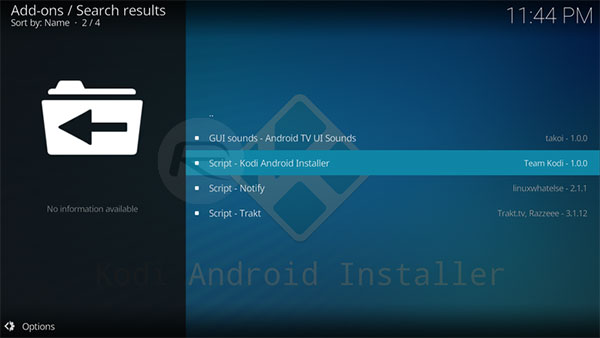 Step 3: Once you are happy with the information it provides, select the Install button. You will be taken back a page where the install will take place and a percentage will show next to the package name. Once installed, you will be given a notification of success by Kodi. 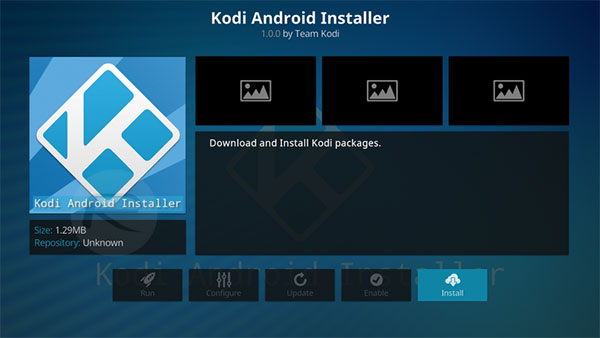 Step 4: You can now go all the way back to Add-ons section on the home screen, and here you will see the Kodi Android Installer as an available add-on. Selecting it will instantly give you a menu that allows you to access Nightlies, Releases, Snapshots, and Test-Builds, each of which will appeal to different types of Kodi users. 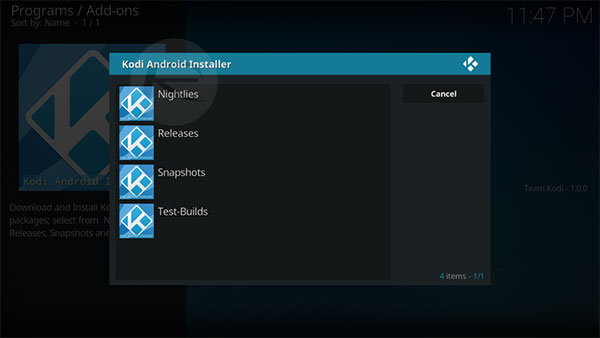 It’s then just a very simple case of selecting the category that you would like, such as the Nightlies, and then drilling down through the categories to pick the version that you wish to install or update to. The Kodi Android Installer then goes through the rest of the process on your behalf to install/update the specified version over the existing version.