iPhone XR Is The Best Selling iPhone Model Of Q3 2019

Since its introduction in September of last year there have been claims that the iPhone XR isn’t selling. Then the news came that actually, it was. Now a new report has the iPhone XR being the best selling iPhone during the third fiscal quarter of 2019.

The report comes courtesy of Consumer Intelligence Research Partners (CIRP) and has the iPhone XR outselling all other iPhones for the period.

The 2018 iPhones accounted for 67% of all U.S. iPhone sales during the quarter with the iPhone XR making up almost half.

“iPhone XR has become the dominant iPhone model,” said Josh Lowitz, CIRP Partner and Co-Founder. “Its 48% share of sales in the quarter is the highest we’ve seen for an individual model since the iPhone 6 in 2015, which shared top billing with the 6 Plus, but only had two outdated legacy models offered as alternatives. Apple set out to create a competitive model, with current features like a large screen on a midsize handset, at a price that falls near the leading Android phones. It is an easy to choose the mid-point between the expensive XS and XS Max models, and the older 7 and 8 models.”

The iPhone XR plays the role of the least costly iPhone in Apple’s lineup, starting at $749. In order to meet that lower asking price Apple replaced the costly OLED panel of the iPhone XS with an LCD one. 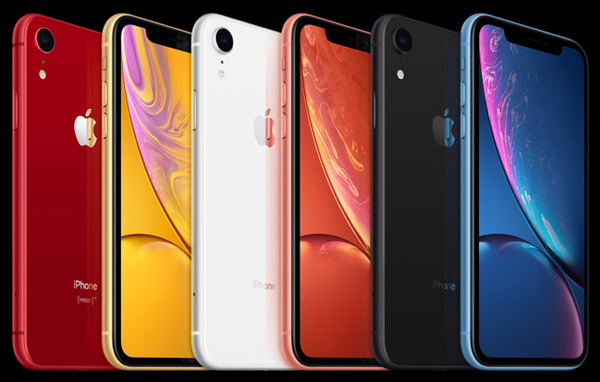 That in turn meant for larger bezels, although the same Face ID mechanism was used. There is only a single camera on the rear of the iPhone XR, whereas the iPhone XS and iPhone XS Max sport two.

Apple is expected to offer a similarly “low-end” iPhone when the 2019 models are announced later this year. Details one exactly what will be removed from that model, compared with the premium handsets, aren’t yet clear.