Another day, another iPhone leak. This time it comes in the form of claimed CAD renders and were made available via Slashleaks. CAD images are notoriously unreliable although they can potentially come from case makers who are trying to plan what their new products will need to look like based on production factory leaks.

That means that we always have to take CAD renders with a sizable pinch of salt. That being said, these renders do very much align with previous leaks of what the 2019 iPhones are expected to look like. That includes the three-camera setup around the back and a new square camera bump to house them. If you’ve been short of ways to visualize previous leaks, you can certainly check these out. 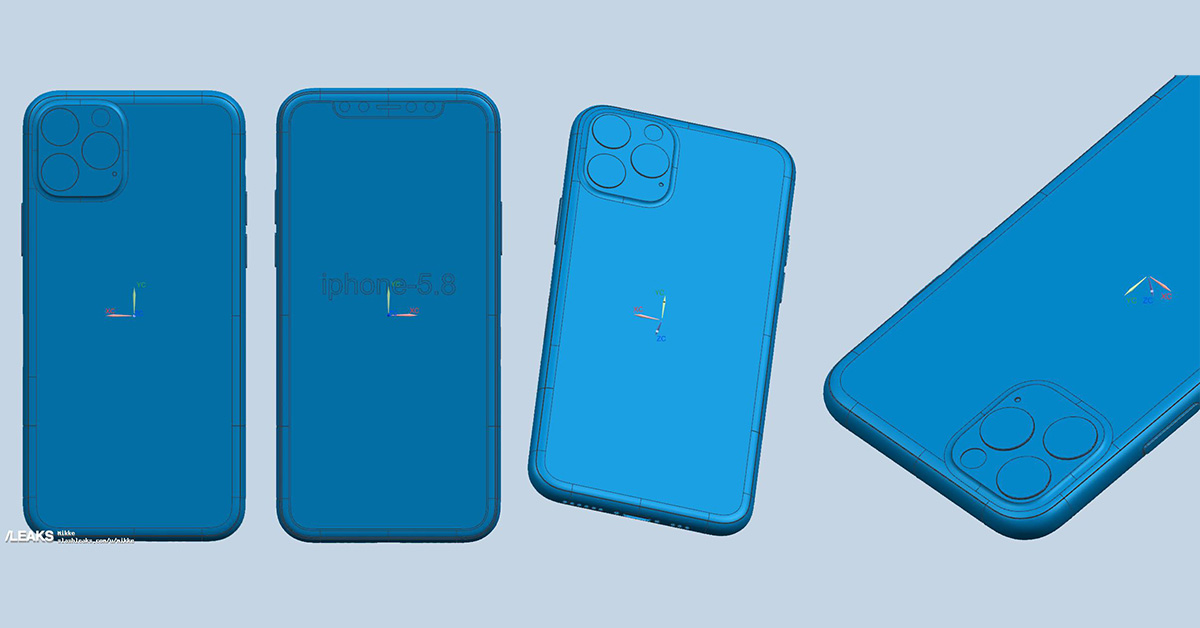 Of course, whether any of these are the real deal remains to be seen and we won’t know for sure until the new iPhones are officially announced this September. The number of supposed leaks that have that square camera bump do make us fairly confident of its existence, although all other bets are off until proven otherwise.

Existing rumors have Apple building new iPhone XS, iPhone XS Max, and iPhone XR replacements although the screen sizes and their construction is as yet unconfirmed. Rumors do have the same screen sizes returning, though. That means we can expect an OLED panel in both the 5.8-inch and 6.5-inch iPhones with LCD powering the cheaper 6.1-inch model.

We’d expect more concrete details to appear as we get closer to the big unveil.