Earning through paid apps for iPhone developers is not new, but earning $1400 USD in a single day through a free app in App Store is nothing less than hitting the jackpot. Jason Ting, a US based iPhone developer shared data on his revenues made using newly launched Apple iAd program. The data showed that he made $1400 on the first day alone for a iPhone 4 utility app that was approved, and released by Apple only yesterday. More astonishing was the astounding $150 eCPM which he got for his app from iAd program. 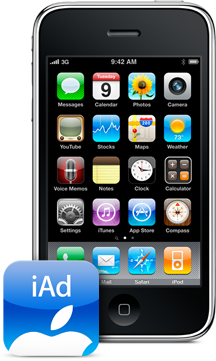 This is from a utility app that was released today. I was quite surprised by the return, though I’m not sure if it will keep up. It seems that people may still be enjoying the novelty of iAds.

The data shown seems to be from Ting’s "LED Light for iPhone 4 Free" which, among many other apps was recently approved by Apple. This app can control the iPhone 4’s LED camera flash on the rear of the device so that you can use it as a flashlight. It is available both in paid as well as the free iAd-supported version for which he has provided this data.

Now compare these statistics with an average free Ad-Mob driven Android app and you can clearly see the difference.

While this initial performance of Ting’s app can be attributed to the high-profile launch of the initial wave of iPhone 4 Flashlight based apps, along with the novelty of the newly launched iAd program, still in any case, iAd looks promising. Let’s see if Ting is able to maintain this on regular basis. [via MacRumors, TheNextWeb]