Apple’s iPhone 7 is claimed to be IP67 rated, making it suitable for water resistance at a depth of 1m for up to thirty minutes. That’s great if you happen to drop your iPhone in the bath, or for some reason, feel the need to reply to emails in the shower, but there will always be someone who takes things a little bit further.

Perhaps too far, in fact, but it usually makes for great entertainment when they do. So when we heard about one YouTube taking an iPhone 7 for scuba diving, our ears pricked up. 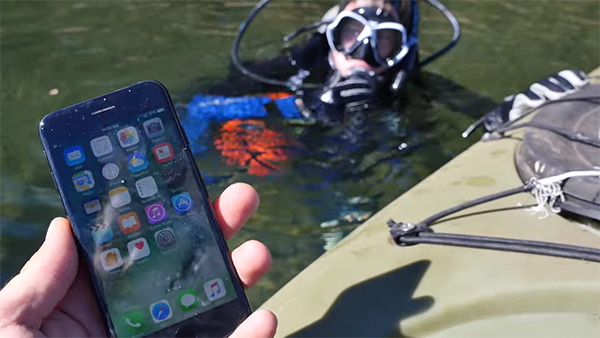 The hugely unscientific water resistance testing was done at Timothy Lake, Oregon, which is apparently 984 metres (3227 feet) above sea level. We’re not sure how that affected the water pressure during these tests, but just bear it in mind.

During the tests, the shiny new Jet Black iPhone 7 can be seen being subjected to periods under water at varying depths, starting out with the standard 1 meter and moving onto the more impressive 10 to 15 feet (3 to 4.5 metres), both of which were no match for the iPhone’s water resistance. Unfortunately, things took a turn for the worse around the 20 to 25 feet (6 to 7.6 metres) mark where the iPhone started to exhibit some water damage and the Home button stopped working.

So yeah, don’t drop an iPhone that far down because if you do, it’s likely that it won’t survive the dunk. 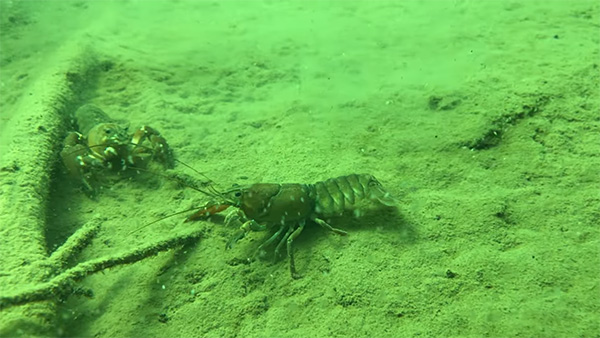 If you check the video out, you will notice that the iPhone was recording 4K video throughout the testing, which shows that the device was still functioning A-OK during all but the final depth tests. So long, Jet Black iPhone 7. We hope you enjoyed your final swim.