The iPhone 7 and iPhone 7 Plus have been on sale for over a week now, but some people are still managing to find a way to complain about its lack of a headphone port as if Apple’s decision to nix it was some sort of personal slight against them. In fact, some are apparently so desperate to have that little hole back in their lives that they have resorted to taking a drill to their brand new, very costly smartphone in order to find somewhere to plug their earphones instead of, you know, the adapter that came in the box.

Wait a minute. Did we just say “drill”? Why yes. Yes we did. 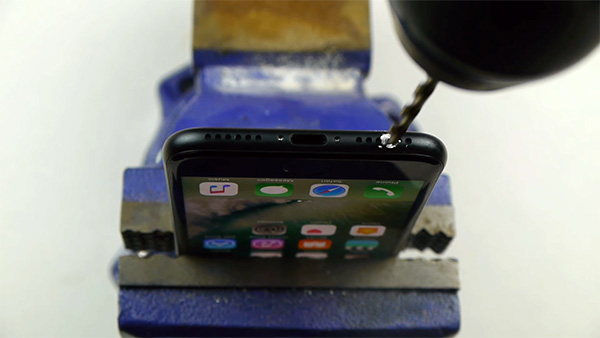 This whole sordid affair started when one YouTuber released a video in which he can be seen drilling a hole in the bottom of an iPhone 7 to, apparently, give him access to the “hidden” headphone jack within. This is, of course, a joke and you would like to think people would see that before taking a drill to their own handset, but alas, this is 2016 and clearly, the majority on this planet are not so good with the thinking.

Glancing through the comments on the video in question, created by YouTuber Taras Maksimuk, is both mesmerising and terrifying in equal measure. We’re going to go ahead and assume that the majority of those saying they drilled a hole in their iPhone are joking, and that there’s a certain degree of comedic value being obtained here

That said, we just can’t shake the feeling that some are exactly what they appear to be – people who watched the video, thought it was legit, and then took a drill to their iPhone 7 in an attempt to get to to the “hidden” port hiding beneath the handset’s lovely exterior.