Here’s how to fix “Sorry, you’ll need to continue in the app.” Siri error message in iOS 10 on compatible iPhone, iPad or iPod touch.

One of the many new features brought to the iPhone by iOS 10 is the ability for Siri to tie into third-party apps and then allow users to interact with those apps using the power of their voice. Unfortunately, things don’t always work quite the way they should, especially the first time the feature is used once iOS 10 is installed on a system with apps already in place. As always, though, there are a couple of things that you can do in order to make things better. 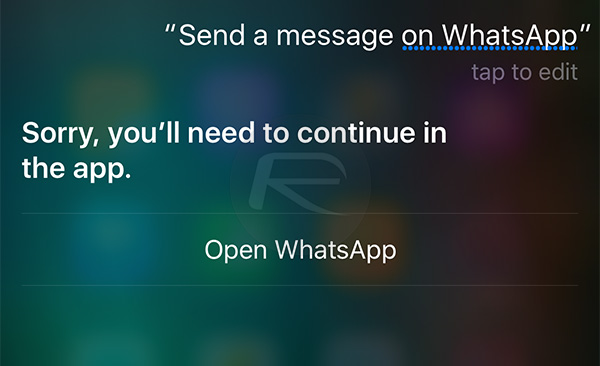 The main issue we have seen reported is that Siri will tell users they need to carry out actions within the app, rather than Siri being able to do things itself. Take WhatsApp as an example. Asking Siri to send a message via WhatsApp should work just fine, but if things aren’t as they should be, then Siri may complain and tell the user to launch the app and carry the action out manually. That’s no fun at all.

If such a situation arises, first make sure that the app has the required permissions that allow for Siri integration. We covered exactly what needs to be done in order for that particular brand of magic to happen right here, so give that a whirl in the first instance.

If even after having followed those steps, things are still refusing to play ball, then simply deleting and re-installing the app in question should see it make all the required connections into Siri, allowing the digital assistant to interact with the app as the developer intended. The result? With a bit of luck, Siri will simply do as it’s told rather than try to push users to the app instead.

Siri integration with third-party apps is great when it works, so hopefully, these two potential fixes will have you up and running in no time! Good luck! 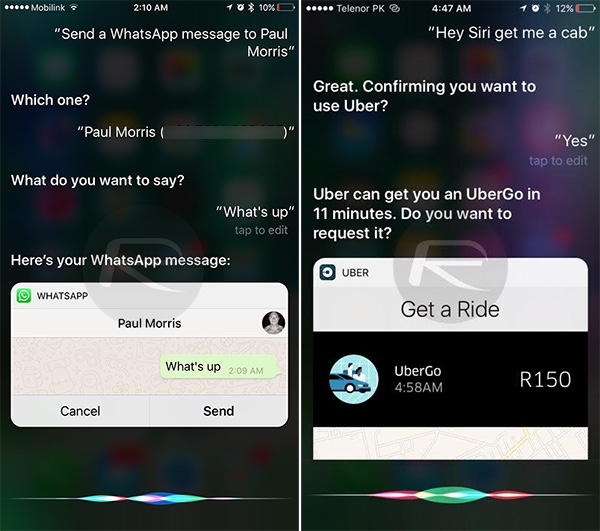