A new set of images claiming to show Apple’s next-generation iPhone have once again re-opened the discussion about what physical inclusions or exclusions the iPhone 7 and iPhone 7 Plus could potentially ship with.

The new images follow closely on from a purported iPhone 7 case leak that made it into the public domain yesterday, but this time also show the larger 5.5-inch iPhone 7 Plus model, complete with dual-lens camera, repositioned antenna bands, and even three holes on the back that would seem to suggest the existence of Apple’s Smart Connector on the larger device.

The new images showing the 4.7-inch iPhone 7 don’t really bring us any additional details over what we have already seen in the last few days, weeks, and months.

The device is shown off in a number of new angles to give a clearer overall representation of what to expect this coming September, but other than that it still shows the exact same design with relocated top and bottom antenna bands, as well as a slightly larger camera aperture for an improved photography experience. The microphone and LED flash is also shown alongside that larger camera lens.

It’s the new iPhone 7 Plus images that really give us something to think about. As previously mentioned, it’s immediately clear that Apple’s larger device will ship with a new camera system that will include a dual-lens set up housed in a pill-shaped opening.

As with the iPhone 7, the microphone and LED flash are shown alongside the new camera, but it’s obvious that the 5.5-inch device’s new camera will be one of the differentiators between the two models. There’s also a cut out in place for the metallic iconic Apple logo that adorns the rear of every iPhone.

Interestingly, the iPhone 7 Plus depicted in the images once again brings to prominence the discussion around whether or not the larger of the two models will ship with Apple’s Smart Connector, which was first introduced with the original 12.9-inch iPad Pro, later followed with the 9.7-inch iPad Pro. 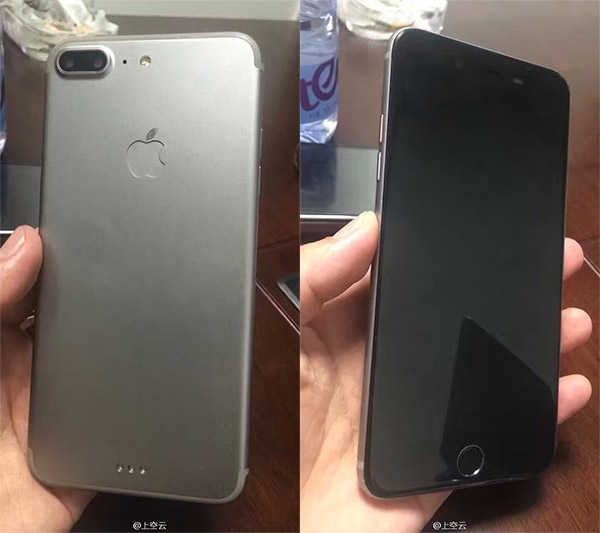 If accurate, it means that the iPhone 7 Plus will have yet another feature that the iPhone 7 doesn’t have, and will be able to provide power and data to a new breed of smart accessories designed to be used for compatible devices. It also looks as though we will have to wait until at least 2017 to see an iPhone with a touch-sensitive Home/Touch ID button as these images show what appears to be a fully-assembled iPhone 7 Plus with the traditional Home button in place. 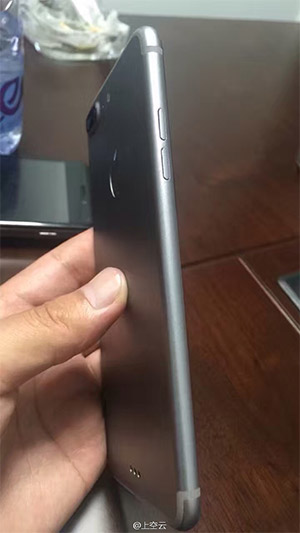 (iPhone 7 Plus with no mute switch)

What the images don’t show however, is whether the 3.5mm headphone jack made it onto the iPhone 7/7 Plus, or not. Though what is more surprising is how one of the images of the iPhone 7 Plus shows the volume buttons but no mute switch.

As always, we will bring you the latest iPhone 7 information as soon as it becomes available.