iPhone 5 Was The Top Smartphone Camera On Flickr In 2014

Yahoo’s Flickr is the place that many people go to save and share their digital photographs, and has long been where people upload their best shots. That means that Flickr has quite a lot of interesting information on which cameras are being used thanks to the EXIF data that is embedded in the images uploaded to its website.

Over the last few years Flickr has been taking that information and pulling it all together in order to see which cameras are being used most amongst those who take advantage of the service. Granted, people may be removing the EXIF data to some extent, but given the absence of any better metrics we’re happy to go along with Flickr here. 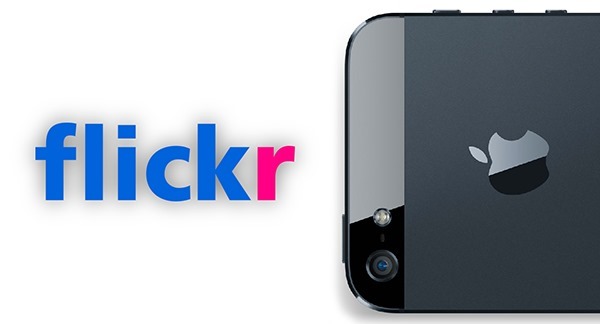 Based on Flickr’s numbers and just as it was in year 2013, the iPhone 5 is the camera that was responsible for the majority of photographs uploaded to Flickr during 2014. In fact, the iPhone 5 – a phone now two years old – is the most used camera on the planet as far as Flickr uploads go with 3.3% of uploads. Even the iPhone 4s and rather aged iPhone 4 beating the Cannon EOS 7D into fourth place in the most used camera stakes.

When broken down into just smartphones, the iPhone 5 makes up over 10% of all Flickr uploads while the first non-Apple handset is the Samsung Galaxy S3 with just 1.2% in fifth place.

Oh, and it turns out that even those people who use iPads to take photos like to upload them to Flickr. Just under one percent of all mobile cameras used were iPads, with the iPad mini responsible for 0.6% of mobile photos.

The complete chart of the rankings is as follows: 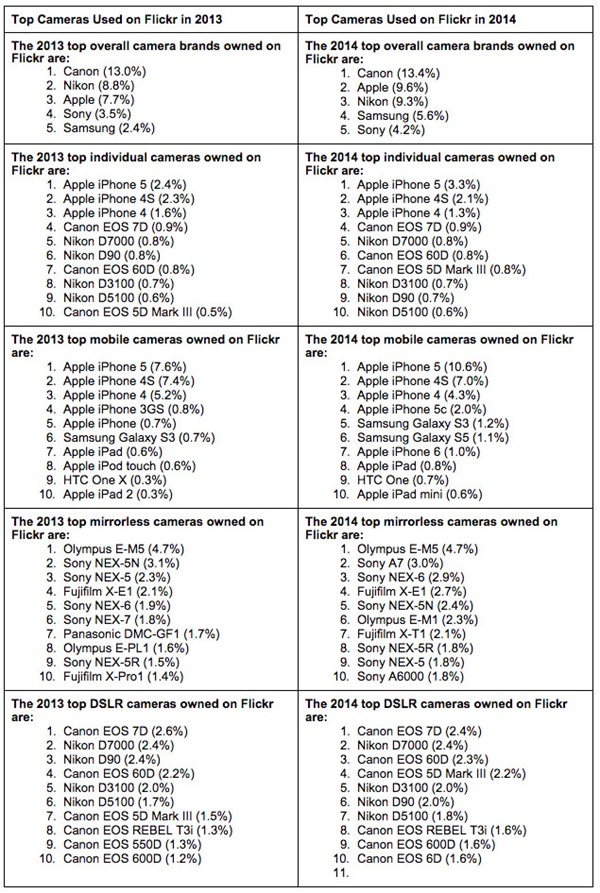 The numbers are rather strange really, since the iPhone 5s, which has a brilliant iSight camera out of the box is nowhere to be seen. The iPhone 6 and iPhone 6 Plus on the other hand are fairly new smartphones from Apple to make it to the chart, so we’ll excuse those handsets for the time being.

If you’re a Flickr user, do share with us which camera, phone or tablet you’re using to upload your photos? Do share with us in the comments section below, we love to hear from your guys.