Thanks to the introduction of the cloud, backing up data is easier than ever, but despite having a glut of modern options at our disposal, some of us prefer the more tried, tested and trusted methods. Backing up conversations, for example, used to take the form of extracting the data as a .txt file or similar, and this simple, MSN Messenger-age manner of recording correspondence is enjoying something of a renaissance thanks to a jailbreak tweak that has been updated for iOS 8.

iOS is one of the most-used mobile platforms in the world behind Google’s Android, but it would arguably be only half as interesting if it wasn’t for the jailbreak community creating new tweaks and experiences on a daily basis. Apple’s ecosystem may have been slightly relaxed to offer third parties more authority on which bits of the platform they can cater to with iOS 8, but it’s still incredibly stingy at times, and if you’ve been yearning for a flexible feature to back up your conversations, then a tweak called Messages2PDF has your back. 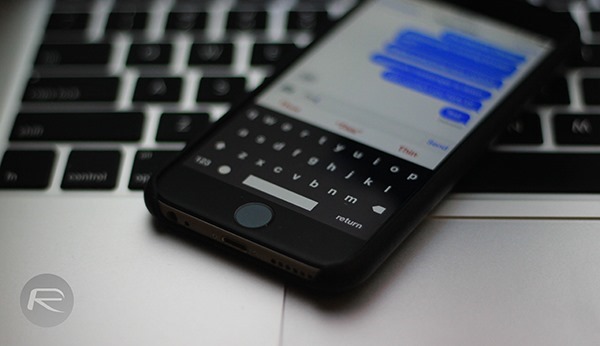 As the name itself of the tweak suggests, it lets you turn your back-and-forth chatter into manageable PDF documents, allowing you to grab snippets or entire conversations at any time. You can even navigate by date, which means you pick up on a key / important part of a convo with consummate ease.

The tweak is now more stable and zippier than ever. So, if you’ve been experiencing crashes and serious glitches in the past, then this new version should make things much more snappier. And lastly, while it ties in nicely with the Messages app right off the bat, support for WhatsApp, however, has been dropped due to iOS 8’s strict security measures.

Once you’ve extracted the bits you want, you can set a name for the resulting PDF, then back it up via Dropbox or send via email.

It’s a very novel tweak, and one that caters to iOS 5, 6, 7 and, of course, iOS 8. For $1.89 over at the BigBoss repo, it’s well worth snapping up, and if you do happen to give it a whirl, be sure to leave your impressions and thoughts in the comments.