Apple’s massive iPhone 12 Pro Max was reportedly the most popular 5G smartphone sold in the United States last month. Numbers shared by PCMag found that the handset was the top dog in 49 of the country’s 50 states.

The data came from Ookla and research firm M Science, according to the report.

M Science directly tracks sales, and gave us cumulative sales figures up until Jan. 23. Ookla looks at the usage of its Speedtest apps on consumers’ phones, and gave us data for tests taken in January. They agree that the iPhone 12 Pro Max is the most popular 5G phone in the US.

This comes amid previous reports that Apple’s smallest iPhone 12 model has seen weak demand – much lower than had been anticipated given the seemingly large number of people who wanted a smaller flagship to be announced. 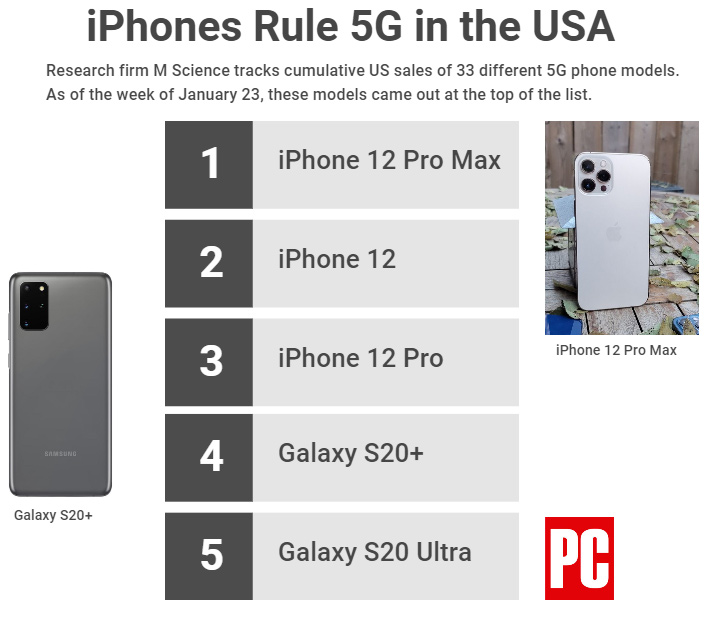 Ultimately all of these numbers and reports mean very little without knowing exactly how many devices were sold. Apple is the only company with that data and it no longer tells anyone what the breakdown of iPhone sales were, unfortunately.

The iPhone 12 devices were also the first iPhones to feature 5G connectivity.