Apple’s new iPhone 12 is already the best-selling 5G phone in the world, according to new data shared by Counterpoint Research for the month of October

Despite the iPhone 12 having only begun midway through October, with the device seeing a 16% share of the total 5G phone market. The iPhone 12 Pro made up an additional 8%, according to Counterpoint. 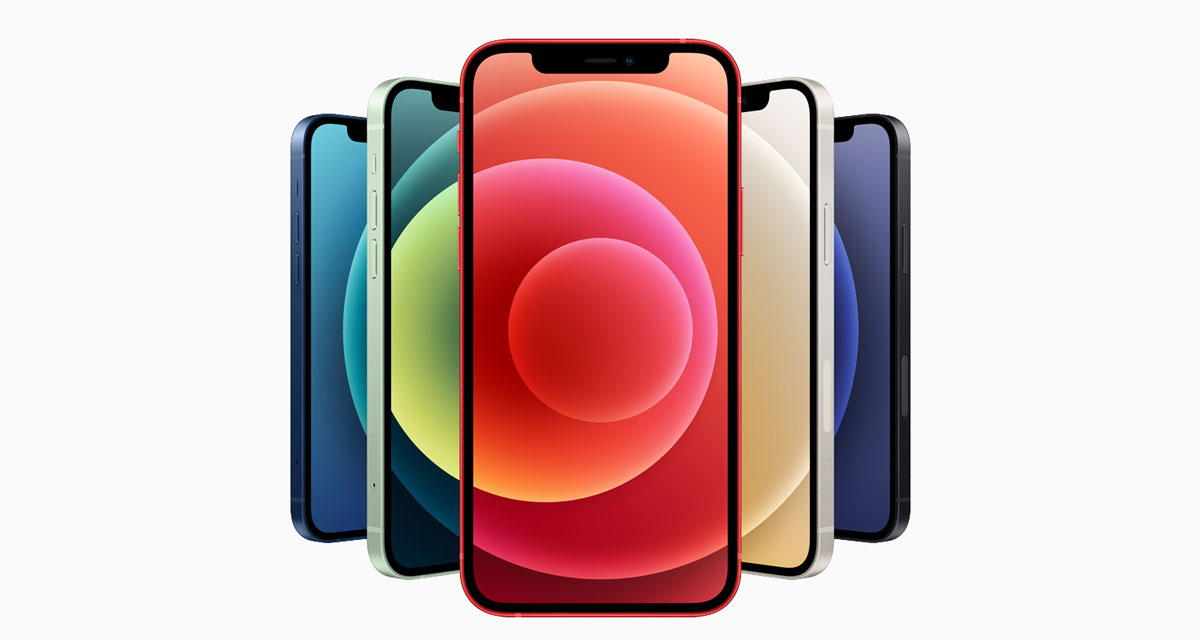 The research outfit says that there are three main reasons the iPhone 12 proved so popular, with Apple’s trade-in plans factoring heavily.

There is a large pent-up demand for 5G upgrade, especially within the iOS base, which is now getting converted into sales. This was complemented by strong carrier promos, especially in the US, which accounted for over one-third of the iPhone 12 and 12 Pro sales for the month. All carriers were offering the iPhone 12 for $0 through a mix of the trade-in and unlimited plans.

China and Japan also saw strong initial demand for the iPhone 12 series. Compared to most of the other 5G models, which have a regional presence, the iPhone 12 has a wider market coverage – it is available in over 140 countries, thus helping sales. 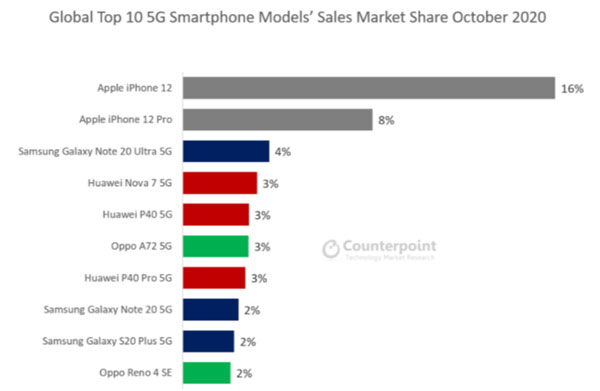 Perhaps predictably, Counterpoint also expects Apple’s iPhone 12 lineup to post strong sales numbers into the first part of 2021, something that you don’t really need to be a huge market watcher to predict.

Counterpoint also notes that Apple’s use of the faster mmWave 5G – in the United States, at least – will see the technology pushed forward as a whole.

The iPhone 12 series has also given a push to mmWave. The iPhone 12 and 12 Pro for the US are capable of mmWave support. As a result, the penetration of mmWave capable smartphones increased to 12% in October compared to 5% in September. The popularity of the iPhone 12 also means that there will be a large installed base of mmWave capable devices in the US. This is important because it gives operators an incentive to deploy mmWave infrastructure rapidly.

Improvements in data throughput afforded by mmWave 5G will aid Apple as it works to make better use of AR and VR technology.