Apple’s new iPhone 11 and iPhone 11 Pro have a few tricks up their sleeves, but it’s the cameras built into these things that are getting most of the plaudits. The addition of a new Night Mode for the first time is causing quite a stir, and rightly so. And according to a new PCWorld report the iPhone 11 and 11 Pro may be ahead of the competition. 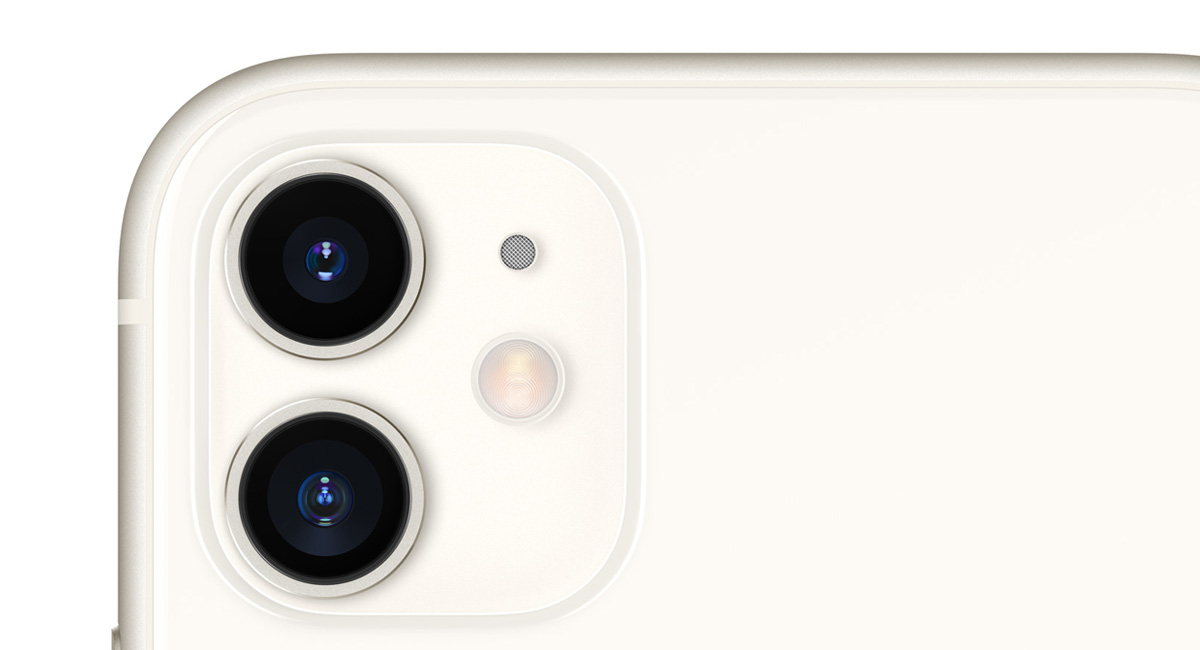 In a new report, Michael Simon took an iPhone 11, Google Pixel 3 XL, Samsung Galaxy S10+, and OnePlus 6T and put them to the test. You don’t need to be the biggest phone fan to know that the Pixel phones have been at the front of the pack for taking photos in dark conditions. But according to Simon, that’s no longer the case.

It was just about a year ago when Google launched its innovative Night Sight mode to critical acclaim. With the ability to turn unusable low-light scenes into spectacular, backlit, frame-worthy photos, Night Sight was the prime example of just how far ahead Google was when it came to photography.

Since Night Sight’s launch, Samsung, OnePlus, Huawei, and LG have all developed low-light modes for their cameras. Keep reading as we take a close look at how Apple’s new low-light camera stacks up against the best Android has to offer […]

I’m simply blown away by what Apple has accomplished with Night Mode on the iPhone 11. When I first tried Night Sight on the Pixel 3 last October, I couldn’t believe what Google was able to do with its AI and processing. In no uncertain terms, Apple’s Night Mode makes Night Sight look amateurish.

I tested the four cameras in various settings. The iPhone 11 consistently delivered sharp, detailed shots that didn’t look washed-out or unnatural. In a couple of my nighttime sky shots, it even captured a couple of stars that I could barely see with my eyes, which straight up blew my mind. It didn’t always win, but it was the most consistent. 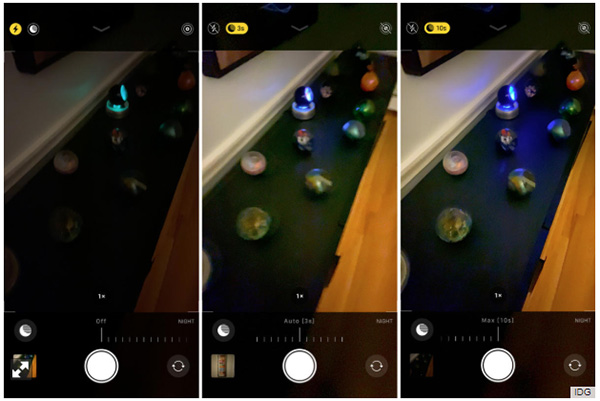 That’s what you call a ringing endorsement. One of the reasons the iPhone fared so well, according to the report, is its ability to create an image that looks more realistic when taking a photo at a fun fare.

While the Pixel 3 XL (center) and Galaxy S10+ (right) all performed well, the iPhone 11 (left) enhanced the ride and the sky behind it without losing a sense of reality. 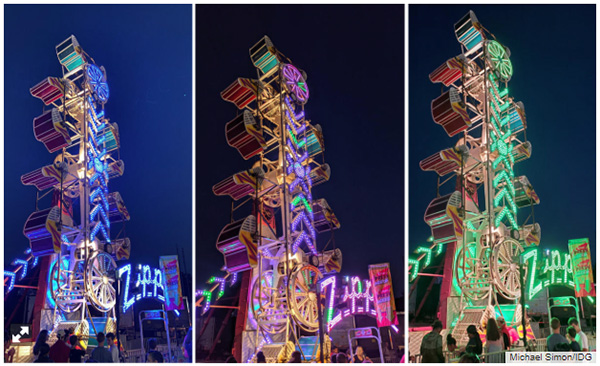 Whether you agree with his thoughts, especially on the example quoted above, is subjective. But it’s clear that Apple has gone from having nothing to compete and beat Google’s Night Sight and being one of the best, if not the best around. And that, in the space of a year, is pretty impressive.